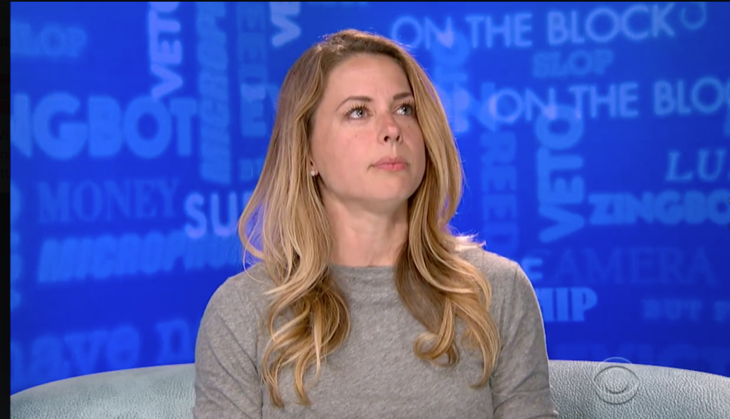 Tonight on CBS Big Brother 19 returns with an all-new Sunday, September 3, 2017, episode and we have your Big Brother 19 recap below! On tonight’s Big Brother season 19 episode 32 “The new Head of Household moves into their HOH room, nominations are revealed and the tree of temptation.”

Big Brother 19 (BB19) continues on Day 72, where the House guests (HG) come outside after Matt was just evicted; it is a track and field competition and Christmas refuses not to play. Paul, 4 days earlier, convinces his alliance that they all need to target Jason and Alex but use Kevin as a pawn. He can’t get his own hands dirty and hopes Josh or Christmas will take the shot for him.

They talk about the HOH game, and Alex feels the plan is they are going to get Kevin out of the house; after speaking to Christmas and Josh, Paul wanders over to Alex and Jason; then finally tells Kevin he might need to be the pawn and tells Kevin to have a little faith. Alex says she is willing to toss the HoH but they cannot let Kevin win; Paul tells her Kevin is going to throw it. Paul finally thinks he can make this happen.

Jason tells the HGs this competition will run in 5 races; in each race one player will be eliminated. At the start of each race, they must hold down both the buttons with their hands. When it says, “Ready” they must race down the track and hit any one of the finished buttons; but they need to watch for the “decoy’ words that come on the monitors; if they hit a button, let go of one of the buttons, and it doesn’t say “GO”, they will be eliminated.

Paul pushes Kevin to be eliminated first but he says he has to at least beat Christmas or he will look like an ass; Paul feels if he doesn’t throw it he is going to make himself and even bigger target on himself and more untrustworthy. Kevin is very hesitant as Paul gets more frustrated because the plan hinges on Kevin throwing it so Josh and Christmas will put Alex and Jason on the block.

Kevin finally messes up and is the first one out. Just before round 2 starts, Paul suggests to Alex that she be the next to throw the competition; but now she mocks that Kevin is going to lose the game because he is listening to Paul. Josh laughs saying, “These Meatballs bought it!” as Alex is out. Paul says this is amazing so he is hoping it continues to break up the power duo – Alex and Jason.

Raven, Josh, Christmas and Paul are the final four; quickly Round 3 Raven takes a seat on the bleachers and Kevin says its a really weird situation how everyone keeps falling. Round 4 starts as Paul says its time for the puppet master so bow out of the HoH as he doesn’t want the power. Kevin doesn’t know what the plan is but knows everyone has one and is just waiting to find out.

Its down to Josh and Christmas, they whisper that the other should win but she says he has to win because it wouldn’t make sense if she is hobbling and he is running that she would beat him and they had to be realistic; Christmas feels one of them should trip so at least the loss looks real. Josh falls, laughing; he is eliminated and Christmas is the new HoH!

Everyone is celebrating that Christmas is the new Head of Household but for very different reasons. Paul, Josh and Kevin want Alex and Jason put on the block while Jason and Alex want Kevin gone.

Paul thinks this might be his greatest feat of all time; Raven is super happy that Christmas won as she is determined to get back at Alex and Jason for getting Matt evicted; notes that karma is what is about to happen to them for blindsiding Matt and her.

Paul tries to do damage control with Kevin, telling him to trust him and keep his mouth shut; Kevin admits he trusts Paul but he will see what happened. He encourages him to read his Bible and honestly doesn’t reveal his plan because he knows Kevin will tell his pal Jason everything.

Raven calls Paul her buddy feeling glad his plan worked and he followed through on his word while Christmas asks Jason why does paranoia kick in once someone becomes HoH? Alex walks into the kitchen telling Christmas to use her as a pawn because she thinks the entire house is going to vote out Kevin. Privately, Christmas is thrilled at how easy Alex is making this for her.

Kevin and Jason walk the yard, talking about their concerns, and how neither of them have any idea what the plan is but Jason thinks Kevin and Raven are the targets this week. Jason says he is almost 100% certain that Kevin’s face will be on the nomination wall and tries to prepare him for it. Kevin is trusting what Paul says over Jason feeling he is safety and feeling “sticky” is the nature of the game.

In the hot tub, Jason and Paul listen to Raven as she talks about another one of her illnesses called “rough kneecap syndrome”; Paul wonders what isn’t wrong with her? Christmas and Josh talk about the nominations and he says it doesn’t matter to him whether they go straight forward or backdoor someone as she needs to think about her game, and no one should influence her game.

Just as he says that, Paul walks in saying his two cents… put Jason and Alex up and if one of them wins the Power of Veto (veto), then she should place Kevin up just to make him squirm a little bit. Christmas worries the tree of temptation may screw up her plan.

Paul and Alex pull a prank on Jason, who screams like a little girl and jumps ten feet back when she pops out from under the bathroom sink; everyone screams with laughter saying he won air time and distance with it.

The Tree of Temptation has sprung to life for the final time, 4 apples left – 2 punishments and 2 powers; Christmas doesn’t want anyone to take an apple, from her team or the opposite. Paul pretends to take a tree but laughs as he passes it. Kevin says the apples are tempting, even Adam and Eve thought so; but says he will stay away from the tree listening to Paul’s advice. Christmas feels the tree could really screw her.

Jason is a risk taker and wants to try this tree out, hoping he can shake some of them up. Alex screams for him not to take an apple, feeling if he grabs the apple he could make both of them targets. The Tree of Temptation has come to an end and can no longer help any of the HGs; it is done for good! Alex continues her pranks, scaring Josh in the middle of the night, as she lay under under a blanket on his bedroom floor.

Christmas talks about her constantly working out, showing how she is able to work out with her broken good. Alex talks to Jason in the bathroom that they should put up two pawns, so Kevin doesn’t see the backdoor coming but Jason tells her that Christmas is HoH and it is and should be her decision.

Paul talks to Alex about putting herself up against Kevin, she says she trusts them at this point; suggesting if they don’t want to scare Kevin, they could always put up Josh. She thinks Josh is a good pawn against her; so there is no drama for the back-dooring of Kevin. Alex asks Christmas how far she wants to go with it; she likes Alex idea of having two pawns and letting them pretend they are pawns or to tell Alex that Jason is their target and draw a line in the sand.

Paul advises her that this isn’t about the target, its about taking the heat and she says she can take the heat and needs to make sure this is the right decision for herself. Paul leaves to let her think about who to nominate and place on the block.

Christmas calls the house guests together for the Nomination Ceremony; she places Alex first and then Jason. Suddenly, Jason falls to the ground, no one is sure if he is kidding but he gets up saying its hot in here.

Christmas says she nominated Alex because she is a pawn in this division and tells Jason he because he is an incredible competitor and a triple threat and in this position she heeds to take out a strong male figure. Christmas adjourns the ceremony!