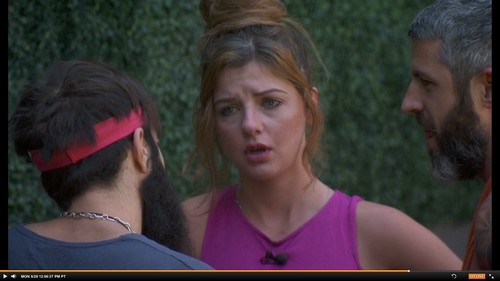 Big Brother 19 spoilers tease the week 9 POV meeting created chaos and could shake up the game. As predicted, Jason Dent, current HOH and POV holder, did not use the Veto to save Raven Walton or Matt Clines. Raven unraveled after she learned that she could be leaving the house on Thursday.

Jason had no plans to use the Veto to save Raven. She claimed that Jason told her he would use it to pull her off and name Kevin Schlehuber as the replacement. Jason denied ever telling her that which seemed to infuriate her more.

Big Brother 19 spoilers indicate that Matt attacked Jason by calling him a pansy and a liar. Eventually, things got really heated between Jason and Matt, and Josh Martinez had to step in, so no one got hurt. Alex came to Jason’s defense and said that Jason wasn’t hiding from them after the Veto meeting, he was talking to her. Apparently, she was upset by his decision not to use the POV, as well. 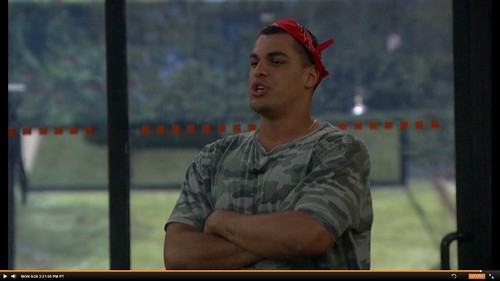 Flashback to 12:10 p.m., Raven and Paul Abrahamian talk about Jason’s “stupid” move. At this point, Raven is in tears, claiming that Jason cheated her out of winning BB19. Raven said that she wants to expose Kevin and Jason’s game to everyone, but Paul tells her to stay quiet, for now. Big Brother 19 spoilers point out that if she exposes Jason and Kevin’s game play, Paul’s game would blow up too.

Alex Ow, Christmas Abbott, and Paul chat about the Veto meeting aftermath. Paul thinks they should try to pin Jason’s decision to not use the Veto on Kevin somehow. Christmas agrees, stating they have to get him out of the house. Of course, at this point, Josh joins the conversation. Paul eggs Josh on to confront Kevin and rattle him.

Big Brother 19 spoilers state that Josh and Kevin get into an argument. Kevin tells Josh that if he doesn’t respect him, he will shut him up. Kevin added that he doesn’t care about any game, he will unleash on him. The live feeds cut and hasn’t returned to see what is going on inside the house.
Stick with CDL for more Big Brother 19 spoilers, news, and live feed updates!