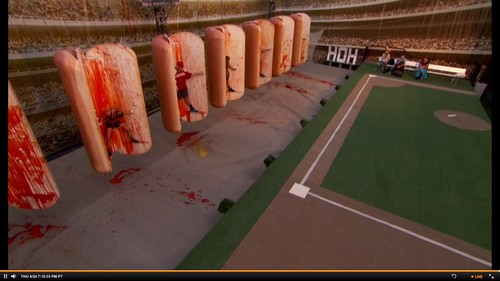 Big Brother 19 spoilers revealed the Week 9 HOH winner. After voting Mark Jansen out with a vote of 4-2, no one is truly safe. So, who won Week 9 HOH? Read below to find out how the competition played out.

Kevin Schlehuber was the first houseguest to fall down. He fell hard and limped as he walked to the bench to sit by Christmas Abbott. Next, Matt Clines slipped off his wiener pedestal and crawled to the bench. At this point, the houseguests have all covered in water, red, yellow, and green goop. It’s not a comfortable situation for them. 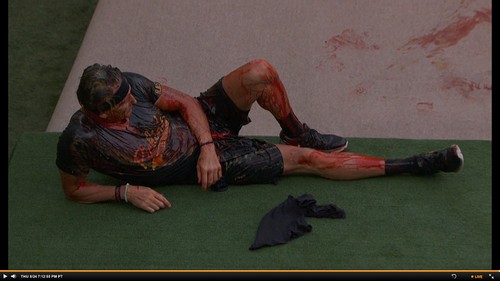 Big Brother 19 spoilers indicate that Josh Martinez fell third after getting squirted with water. He couldn’t hold on anymore. Raven Walton, Jason Dent, Alex Ow, and Paul Abrahamian are left. Paul tries to distract Raven from getting her to fall. However, it is not working, and she stays position pretty good.

Raven, Alex, Paul, and Jason refuse to fall. Alex wants to win the competition, but Raven refuses to back down. She lets everyone know that she needs a letter from home and will not quit. Yikes! 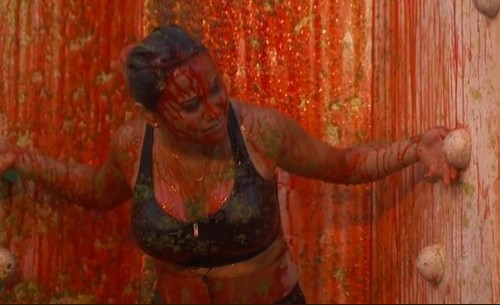 Raven keeps begging Alex to fall because she wants a letter from home. Big Brother 19 spoilers indicate that Raven claims that she may not see her mom until October and she REALLY wants to hear from her. Alex didn’t fall for it and told her she would not quit.

Paul started making jokes, and all the sudden, he lost his footing and went crashing to the ground. Raven gave up after she realized that Alex and Jason would hold on for hours. Jason and Alex are the only ones left. 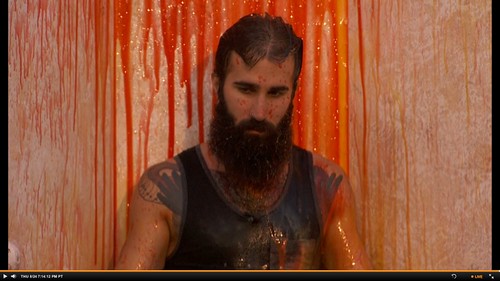 Big Brother 19 spoilers state that Alex makes a deal with Jason that if she falls, he has to vote for her at the end (if she makes it) and pick her to play POV if he draws houseguests choice. Jason is the new HOH.
Matt and Raven are not happy about Jason’s win. They know they are in real trouble.

Check back Friday, August 25 for the Week 9 eviction nomination spoilers. Are you happy that Jason won Week 9’s HOH competition? Who do you think he will put on the block? Stick with CDL for more Big Brother 19 spoilers, news, and live feed updates!