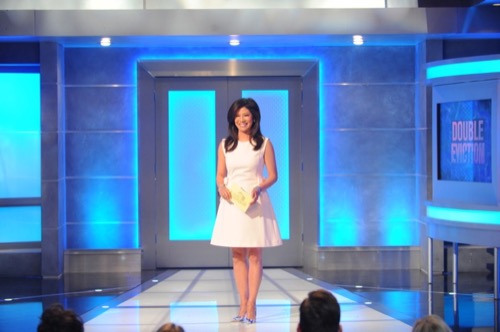 Tonight on CBS Big Brother 19 returns with an all-new Sunday, August 24, 2017, episode and we have your Big Brother 19 recap below! On tonight’s Big Brother season 19 episode 28 “Another houseguest is evicted from the compound. The remaining players compete to become the next Head of Household.”

Tonight’s episode opens with Julie she says, “it’s Day 65 and in the wake of last week’s double eviction, people are starting to think the end of the game. There is less than a month to go of the game and friends will have to turn on each other.”

We pick the houseguests up at the end of the Veto meeting.  Jason is relieved he feels if he did not win he might have gone home.  Christmas says even though Mark campaigned hard she did not trust him.

Paul talks to Matt and Raven and tells them Jason should be the first to go.  Matt feels it is important that they separate Jason and Alex.

Meanwhile, Paul is causing trouble trying to get the two couples to go after each other. (Raven & Matt & Alex and Jason)

Paul takes Alex aside and tells her no one know they talk aside.  Paul tells Alex each time he sees Matt and Raven they are whispering.  Paul tells Alex he feels Matt wants to get Raven to go far in the house.  Alex thinks Matt is the optimal person to go next.

Paul says that although he has had an alliance with Alex he feels she is a strong competitor and if he brings her to the end he could lose.  Meanwhile, Alex goes to see Jason and tells him she feels him and Paul are the only loyal people.

Paul’s Job is Done He Reports To Christmas

Paul goes to Christmas’ HoH room and tells her he has successfully got the two remaining couples going after each other.  Christmas is happy.

Mark Fights For His Life

Mark knows the whole house wants him out he knows his back is against the wall but he is not going to go without a fight.  Mark goes to see Jason to see if he would consider keeping him.  Jason tells him it is worth a shot for him to try to convince people.  Mark goes to see Kevin and Kevin tells Mark if he can get the others to agree he would not vote for him.  Kevin tells Mark the ones that bother him are Raven and Matt.

Matt goes to see Paul and asks if there is anything he can say to convince him to not vote for him.  Paul tells him it would not be worth it because everyone else would vote him out and Paul only has one vote.

Julie is back and asking the houseguest questions.  She asks Christmas if she thought she would get this far after her accident.  Christmas replied, “no.”  She asks Matt what he likes about his sleeveless orange tee shirt and he says it is the only tee he has.  Julie comments that Kevin has yet to become HoH and asks what he wants his family to send.  Kevin replies a sweater.

Jason’s Wife Is Pregnant for The Second Time

Jason talks about his wife who has he been with for 12 years.  The screen cuts to Jason’s wife Holly at home.  Holly and Jason have been together since she was 16.  Jason has a son Gatlyn and we see some scenes with him.  Jason’s son says he misses him.  Jason gets a letter from home and he finds out his wife is pregnant with their second child.

Matt says people say the only thing he is good at is losing and Matt says if they keep him here he will continue to eat cereal, take lots of showers and be a loser.  Mark says he started watching the show with his Mom and she is watching him in summer. He tells the remaining houseguests he loves each of them.

The votes are in by a vote of 4 to 2 Mark is evicted from the Big Brother house.

Paul congratulates everyone for making it to the final 8.

To be con’t Sunday!