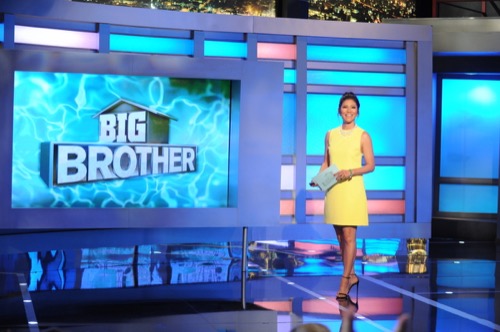 Tonight on CBS Big Brother 19 returns with an all-new Wednesday, August 17, 2017, episode and we have your Big Brother 19 recap below! On tonight’s Big Brother season 19 episode 24 “Another houseguest is evicted from the compound. The remaining players compete to become the next Head of Household.”

Big Brother Season 19 (BB19) continues on Day 55 when Matt adjourns the Veto meeting. Jason feels EXTREMELY excited to be taken off the block. Alex is still furious Elena lied and cursed her this week; Elena is still pissed she is on the block but being next to Cody makes it a bit better.

Josh talks to Cody because he knows the whole house is gunning for him but he can’t stand that Mark and Elena are playing both sides and he is done with the flip-flopping and wants to work on putting the target on them next week. Cody tells everyone that the second tine he returned Mark didn’t align with him, it was just him and Jessica. Paul says its clarity that they needed.

Josh and Elena argue, and she starts screaming at him because he talks over her. He says he doesn’t trust her at all because of her actions and the $5000 check proves it. Alex demands her to explain the Veto competition and she admits they promised not to curse each other. Cody is laughing as they go at each other there, saying they are lunatics and might actually keep him there. Mark feels its him and Elena versus the house and he is counting on the HoH competition. Josh is thrilled the house is showing her true colors and loves that she is sitting on the block right now.

BB host Julie Chen informs the houseguests (HGs) that tonight is double eviction night and before the hour is up, two HGs will be evicted and the first people in the Jury house and now the temptation competitions are over which means everyone is fair game tonight.

Elena says its been determined if it is false it cannot be a fact, however after another week’s consideration if words can be changed. She tells her Mommy she loves her very much and asks her to watch the live feed on Saturday as much as possible if she is still there.

Cody tells his daughter Paisley he loves and misses her and Jessica is the greatest gift he got in this game. He acknowledges the Marines and tells Alex she played a dirty game revealing her and Jason tried to flip the house; one to get Matt out and put Raven up and the second play was to get Paul out and they were going to wait for Jason to win the HoH to execute it.

Matt stands up, wishes his brother Happy Birthday, loves and misses his mom. He addresses the HGs saying he has made approximately 600 bowls of cereal in the house and his goal is to hit 1000, and hopes they will keep him. The voting begins with Paul.

Cody admits to Julie that none of it was real about him going after Jason and Alex; he made up those plans and he did that for Jessica. He says he had no influence in the house from the beginning. Admitting he had a daughter gave him a bit of an in road and only mentioned it because Kevin was having a hard week and if anyone knew and used it against him it would have set him off.

He admits he couldn’t be fake and hated all of them. His final thoughts are he only wants to see his daughter and Jessica and when Julie asks, he says he will marry Jessica. She talks about him wanting some solitude but says she screwed that up by doing the double eviction; she says she will see him on the finale.

The HoH competition begins as Julie welcomes them to the BB Cruise lines where they will play the game called “Let it Slide”. Two at a time, players will face off against each other, in a shuffleboard style, the player whose disc is closest to the back edge without falling off, will win the round and pick the next 2 players to face off. The loser of each round will be eliminated until one player remains and becomes the new Head of Household (HoH); in case of a tie, the winners will shoot a second disc.

Jason becomes the next Head of Household and only has a few minutes to strategize and choose who he will put on the block and who will be the second HG evicted tonight. He is given mere moments to hear from his alliance partners on who to put up.

Julie gathers everyone in the living room for the live nomination ceremony. Jason as HoH, is told to face his HGs and make his two nominations. He picks Mark says from day one they have been boys but the last week and a half, when he was on the fence Cody was telling him they couldn’t be trusted, no matter what and Mark made a stupid remark while they were playing chess and couldn’t get in the middle of him and Cody and promises outside the house this will be a different story.

He nominated Elena, he has no beef with her, saying they are a Rodeo family but Alex is his girl, his tiger and sidekick and he can’t have someone make a deal with her and point blank literally going against her a second later. He says he has no target and will let the house decide who they want in or out. Julie says they have one more chance to save themselves as they have the Veto competition next.

Josh, Jason, Elena, Mark, Raven and Matt are competing in the Power of Veto (PoV) competition. In the yard, they are playing the game called “Kenya-Solve It”. There are 3 puzzles in front of each of them, they are to race to the end of their lane and solve the first puzzle, once they complete that one, they can go to the next one and so on. The first HG to solve all 3 puzzles and buzz in at the finish line will win the golden power of veto. In order to win, all puzzle pieces must be flat and completely set bu the cutouts of the puzzle boards.

Mark and Jason have quickly moved onto puzzle 2. Elena moved on but now Jason and Mark are on puzzle 3. Jason, Josh and Raven are still on number 1. Josh moves onto puzzle 2 and Mark wins the power of veto and now has a few minutes and is advised to use his time wisely.

Mark sits with Elena at the front of the group, he has to choose to use it on himself or Elena or keep the nominations the same. He wishes there were two vetoes but since there aren’t he is using it on himself forcing Jason to choose another nominee. He quickly puts Matt next to Elena.

Julie returns to the living room for the live vote and eviction. Elena says she has nothing to say to the houseguests but asks her mom to do a few things as she will be spending her birthday in the jury house very drunk without her, but will be thinking of her. Matt says he loves Elena to death but in case people didn’t know he didn’t get to eat 400 bowls of cereal in the last 30 minutes, he still needs to do that.

Elena thinks she was next to evict because Cody and Jess were never good for her game. She loves Jessica but Mark’s association with Cody meant she would be gone tonight or very soon. She says she hit a wall, no one wanted to make a big move and the small target just got bigger and bigger. They talk about her relationship with Mark, she likes him and is open to the things the Lord has for her and promised to allow Mark to take her out for a date in Dallas.

Tomorrow night is a special episode of Big Brother were Season 16 winner, Derrick surprises the house guests. Be sure to tune in!