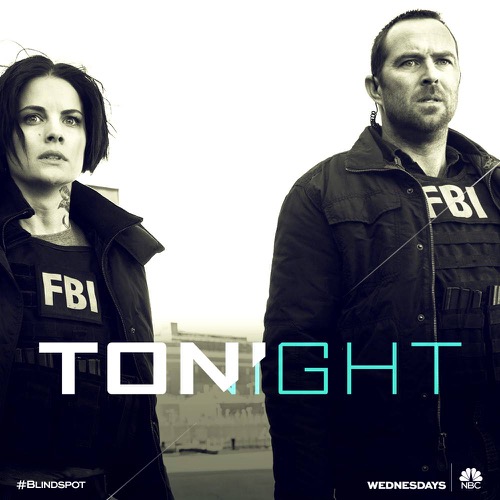 Tonight on NBC Blindspot airs with an all-new Wednesday, January 11, 2017, episode and we have your Blindspot recap below.  On tonight’s Blindspot season 2 episode 11 episode 11, “The team work with the CIA to stop a wanted terrorist who’s mysteriously surfaced in New York City.”

Roman wasn’t eating. He had apparently remembered the orphanage where they had grown up and how he had used to feel caged. But Roman still needed to be questioned and he couldn’t remember anything else as long as he was locked up. His cage made him antsy and he had actually stopped eating because he had preferred to die rather than stay in his cage. So Jane had tried to get Weller to release her brother however Weller had been very firm when he had said no. The agent couldn’t be responsible for letting Roman waltz around because Roman had been partly responsible for the death of several agents.

However, Roman wasn’t doing well in captivity. He had questions about their mother that needed answers and Jane was having a hard time lying to him about where they truly came from. So Jane was torn. She wanted to spend as much time as she could with her brother and help him remember as much as possible yet at the same time she also had a job to do and she couldn’t be the one person that sat out. Both Reade and Patterson had been at the office in no time flat and they had been working as if they had never gotten injured. Reade was running background checks and Patterson had looked into Jane’s removed tattoo.

The tattoo that had been mysteriously removed from Jane’s neck and back had once been a giant leopard. Yet, that tattoo had captured Patterson’s interest. Patterson had been tortured and shot though taking a day for herself hadn’t even occurred her to because she had been that obsessed with the removed tattoo. So Patterson had been trying to figure out what it meant when she incidentally came across a container. A container had been brought into the city and it had unfortunately carried Anton Stepulov. Stepulov was a known terrorist that wasn’t only around when he had been brought in to do something big and so Weller wanted to move before Stepulov.

Weller couldn’t take the chance that Stepulov could bring in a bomb or biomedical weapon, but it seems he and his team had jumped the gun with Stepulov. Weller and his team had found out that Stepulov had been receiving aid from the CIA. His son Henrik had needed a new heart and so Stepulov made an agreement with the CIA where they finally had gotten leverage to hang over Stepulov’s head in exchange for information about an upcoming attack. Though something went wrong with the plan. Henrik had sadly died on the operating table and the CIA hadn’t known what to do.

The same agent that had once tortured Jane had also wanted to lie to Stepulov to still get the information. But Weller was of a different opinion. He was about to be a father himself and he didn’t want to lie to Stepulov about his son. So he later delivered the news personally to Stepulov and Jane had also reminded Stepulov that his son hadn’t been involved with his lifestyle. She said that Henrik had been different and had then asked Stepulov what would Henrik do in the situation. So Stepulov had given the FBi information about what was going to happen and it turns out the attack had actually been a plan where someone filled basketballs with explosives.

The plan was to take the basketballs to the Youth League Organization which was where thousands of kids as well parents were going to be. However, Keaton had also had a daughter playing in one of the games. His daughter Erin had a game planned for ages and had also talked about it to Jane to explain that he had to make sacrifices. So that’s when something clicked for Jane. She had remembered that Stepulov said that the worst thing a parent could go through was to lose a child and so she knew all along that Stepulov’s escape plane had always been targeting Keaton’s daughter. And that the other children were mere fodder.

Stepulov’s people had wanted to get him out of the country and they had thought holding Keaton’s daughter ransom would get them that. Yet, no one had expected that the CIA would receive backup from the FBI and so a coordinated search was able to act much quicker than anyone planned. They had people evacuating the stadium and Weller had gone off with Keaton alone to find his daughter. So they were searching for the girl when she called her dad and told him that her guard had been killed and that she was being chased in the basement. The young girl had been scared and she hadn’t known the stadium so Weller had tried to direct as best he could.

Though unfortunately the girl had still been found and Stepulov’s people had still tried to use her to get Stepulov a release, but Keaton had had Weller and Jane with him in the end and they had been rescued his daughter Erin. Weller had taken out one guy and Jane had taken out another. Jane though had thrown Keaton’s words back at him when he thanked her. She said that she was only doing her job. So the strain between Jane and Keaton wasn’t suddenly going to disappear overnight and the two were probably never going to be close. And so for now they just have to get used to being on the same side.

Jane however had gone back to headquarters to figure out what the new profiler had said about Roman and Dr. Karen Sun had described Roman as suffering from a personality disorder. She said that it was stemming from his childhood abuse and she added that it was only going to get worse the more they pushed Roman to remember. But Roman was subconsciously playing a game called Macala and the game went a long way to explain Jane’s tattoo. And it even included Roman being involved with another nefarious plot.