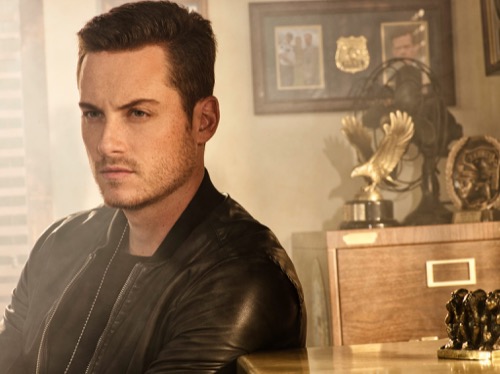 Tonight on NBC their drama Chicago PD returns with an all-new Wednesday, October 25, 2017, season 5 episode 5 called, “Home,” and we have your Chicago PD recap below. On tonight’s Chicago PD episode as per the NBC synopsis, “While investigating a drug-related homicide, Intelligence is stonewalled by the “no snitch” culture of the neighborhood. Meanwhile, the police’s own code of silence is put to the test.”

Detective Kevin Atwater (LaRoyce Hawkins) is opening his lockbox to remove his gun when his brother, Jordan (Kylen Davis) comes into the room and gives him the report card to sign. Kevin is concerned with Jordan’s performance and marks, but Jordan gives him attitude. Kevin understands it has been a rough few weeks but that is no excuse, a car horn blows and he promises they will talk about this later.

Sgt. Hank Voight (Jason Beghe) and Dt. Alvin Olinsky (Elias Koteas) arrive to meet the team, where they have a search warrant for Marshall Carter (Aaron Roman Weiner); Olinsky asks Voight about Antonio Dawson (Jon Seda) but he just says they are keeping an eye on him. Antonio explains that Marshall is the head of the Nightlords, who has a violent history and his CI confirms where he is, how many men and how much drugs should be there. Voight tells the Intelligence Unit (IU) to “hit it”.

One man runs out the door when the CPD bust in, Kevin chases him, and Antonio confirms its Marshall Carter. Voight and Kevin hear a noise, and when they open the shelter a young Asian boy runs out, terrified; inside the shed, Voight discovers two young children, both dead.

Adam Rusek (Patrick John Flueger) informs Voight and Sgt Trudy Platt (Amy Morton) that they have nothing on the kid, who doesn’t even speak English. Voight says someone is going to pay for this, as 2 kids are dead. Trudy offers the young boy her sandwich, he takes a bite and says “Vietnam”; Trudy makes a call. Voight and Antonio ask Marshall about the shed and the kids, he says that she belongs to the house in the back but claims he doesn’t know who lives there. Voight tells him that is the wrong answer and as it stands right now, he is also facing double homicide.

The ME reveals the children died from the water they were given, it appears the dealers were dumping their waste carelessly and it seeped into the groundwater. Antonio rejoins Voight and Marshall, confirming that Marshall is telling the truth. Antonio informs him that the waste from his meth lab seeped into the shelter, the kids drank the water and died. Marshall says he has no allegiance to a freak who snatches kids; he has seen him two times with kids, first time with 2 girls and the second time, with 3 boys.

Once a translator arrives, she explains that the boy was adopted by a couple, who gave him to another couple who then gave him to the man. He says all the people were all white, he doesn’t have an address but is able to describe the house and that it smelled like a Vietnamese dish. The boy tells the translator the two other children died after drinking the water, and he had tried to save them.

Hailey Upton (Tracy Spiridakos) reveals the house was condemned, so they have no name for who was squatting there. Meanwhile, Rusek discovers the Vietnamese dish was chocolate, so the house must be near the chocolate factory. While scouring the area, Kevin and Rusek find the house with the pictures of cats outside. The husband arrives home and is shocked that the police are looking for their adopted son, Kwan.

He learns his wife hasn’t seen Kwan in 2 days, she says he was a troubled kid, she found a website and gave him away to a lovely couple. Kevin and Rusek separate the parents, promising to figure this out. Kevin speaks to the mother, who says Todd, her husband had no idea about Kwan and she was scared he would harm their twin boys.

Rusek talks to Todd, he says he loves his son and would do anything to get him back; Rusek informs him that his wife gave him away to strangers and he ended up in a storm shelter and that is why he won’t get him back. She describes the people who took Kwan as Kevin tells her there is nothing that extreme that would make a mother give her kid away.

Jay Halstead (Jesse Lee Soffer) and Kim Burgess (Marina Squerciati) learn that “rehoming” is legal in Illinois. They reveal to Voight that the website is gone, and the origin of the site is in Iceland; Voight tells them to find the Marsden couple which will lead them to the man. Kevin and Kim go undercover as a couple who are rehoming their daughter.

In the middle of the operation, Jordan calls Kevin, who doesn’t answer. Kim asks about the website and when she asks for references, the woman tells them they need to leave as she is sure Kim isn’t ready. Antonio and Rusek follow the couple home to a trailer park and discover there are more people inside. Suddenly there are gunshots and Antonio and Rusek race inside, finding Todd pointing a gun at the man demanding to know what they did to his son. The rest of the team arrives, Kevin comes in the back and knocks Todd over, telling him to calm down as the woman learns Kim is a cop.

Kim wonders which is worse, the people who take the kids or the ones giving them away in the first place; Kevin and Kim rush off after he gets an alarming call from Jordan. When they get home, his young sister, Vinessa (Bobbi MacKenzie) is sitting with her knees up to her chin as Jordan explains people attacked her and he found her like this.

Vinessa explains she was pulled into an alley, the guys said they were going to rape her because her brother is a snitch; but a truck came down the alley and the guys ran away. Jordan is furious that she knows who the guys are, Kevin orders him to go upstairs and they will figure this out. Kevin is upset and doesn’t understand how they found out about Jordan since he only picked out a photo and testified in the grand jury. Kevin knows the kids need him and he doesn’t want to “rehome” them, even though they have an aunt out of state where the kids can live.

Antonio and Upton talk to Mrs. Marsden about the kids in the shed. They both talk about Clyde Harris, who they met at a right-to-life rally. Voight learns they were getting $500 per kid as Mrs. Marsden says there was no reason to mistrust Harris, who was claiming to be an undercover ICE agent and only had contact when he called but always from different numbers. The investigation stalls when they find out Mrs. Marsden called Harris to say they didn’t get the child and now the number has been disconnected.

Rusek informs Voight that he is positive Todd is not involved in any way and the ditching of Kwan is all on his wife, Kate. Voight tells Todd that home invasion and attempted murder is a serious time. Todd asks Voight what he would have done if that was his son left in a storm shelter to die.

Jordan is outside the convenience store where the guys who attacked Vinessa are hanging out; he has the gun in his hand when Kevin arrives. Jordan takes off, with Kevin after him. He grabs the gun from Jordan, telling him he isn’t that type of person. Jordan screams that it is Kevin’s fault for making him testify. He says neither him nor Vinessa asked for this. Kevin begs for him to look at him and tells him he didn’t mean for that to happen and is only doing his best to be there for them and protect them; he admits he was wrong and they hug.

Halstead and Upton watch the video at the truck stop and find a possible clue. Upton returns to the unit with a clear image of Clyde Harris from a burger restaurant in the area. The team loads up and go to the address for Harris where Kim chases and takes down the man running from the house, but it’s not Clyde, he moved out that morning; they do find papers in garbage though.

Halstead finds Sanctuary Row, a name that was left in the garbage bag. It has photos of animals, but it is clear he is talking about children; so far he has auctioned off 18 children and Voight tells Halstead to win this last auction, and no to worry about the cash. Antonio has an odd look on his face as Voight leaves.

The team waits as all the auction winners are there, Rusek sets to identify the bidders, most are sex offenders. The RV arrives, and Voight tells the team to move in slowly and to keep him away from the trailer because chases are the 3 other kids are inside it. The one man holds the little girl at gunpoint, Voight walks towards him and doesn’t stop shooting him in the head, Kim rescues the girl.

Voight begins to beat the man, demanding to know where all the kids are. He points a gun to his head saying he has one more chance to reveal where all the kids are. Antonio orders him to stop and before he can shoot him, Kevin says if he kills him, they won’t find the other kids; Antonio and Voight exchange nasty looks as Halstead and Kim assure the children they are fine.

Voight is in the interrogation room and tells Clyde this is his one chance to tell him where the kids are. Voight tells him the only thing in it for Clyde is his ability to live. He says he is going to the general population at Cook County and they have their own code of conduct and the one thing they really hate is people who hurt children and the convicts torture them, rape them. Voight promises to protect him if he gives him what he’s asking for but if he doesn’t… Hank whispers words into his ear, saying the offer expires in 30 seconds.

Voight hands Rusek the file and observes Antonio on his phone. He catches up with him outside, who tells Voight they managed to find at least 6 of the kids. Voight questions why Antonio is so interested in the money he got for the auction. Voight confronts him about talking to Woods, the State’s Attorney. Antonio says it was about the Lopez homicide and the questions they had about his death, with Woods believing Voight is involved. Antonio says they may disagree on certain things, but he didn’t say anything because he doesn’t do business like that.

Voight comes to see Kevin at home, they share a beer when Kevin reveals the kids are on a plane to Texas because he can’t forgive himself if anything happens to those kids and did what was best for them; Voight says he understands.