Chris Brown Out Of Control: Karrueche Tran Gets Restraining Order After Serious Threats 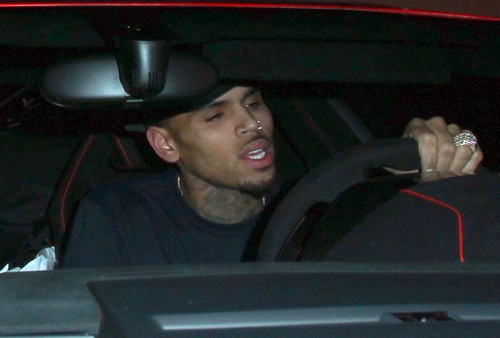 It looks like Chris Brown and Karreuche Tran’s complicated relationship has just gotten a whole lot messier. There’s a new report that says Karrueche Tran got a restraining order on the chart topper after Chris Brown allegedly made some serious threats towards her.

Chris Brown and Karrueche Tran have been on-again and off-again for years. According to TMZ, Karreuche says that Chris Brown allegedly threated to kill her. If that weren’t enough, Chris supposedly told friends that if he can’t have Karrueche than no one can and that’s when he apparently made his threats.

Karreuche also says that Chris Brown punched her in the stomach twice and pushed her down the stairs several years ago. Legal docs state that he also alleged to harm one of her close friend and even threw his drink at her. Plus, Chris even posted a video of him telling friends that everyone needs to stay away from her. 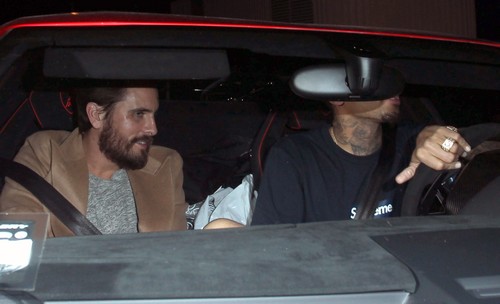 Karrueche Tran is now scared for her life and is worried that Chris might do something if she do something to keep him a healthy distance away from her. Karrueche’s domestic violence restraining order requires Chris to stay at least 100 yards away from her at all times.

Many fans aren’t surprised that Karrueche has gotten a restraining order on Chris. Everyone remembers how Chris Brown and his ex-girlfriend Rihanna’s relationship took a seriously wrong turn back in 2009. Chris and Rihanna were on their way to a pre-Grammys party when things turned violent. Chris allegedly received a text message from another woman. When Rihanna began asking him questions about the text, the two got into a nasty fight. Chris Brown later pleaded guilty to a felony for the assault.

Chris has also been accused of assaulting women for years. Back in 2013, Chris was accused of violently shoving a woman down to the ground at a nightclub in Orange County, California. In 2015, reports indicated that he forcibly kicked out a woman from his bus after he refused to give up her cell phone during a video shoot in Colorado.

So far Chris Brown himself has not made any comments about the restraining order. Do you think Karrueche made the right move by getting a restraining order on Chris? Should she cut the cord from their relationship once and for all? Let us know your thoughts in our comments section below. Also, check back with CDL for all the latest news on Chris Brown right here.