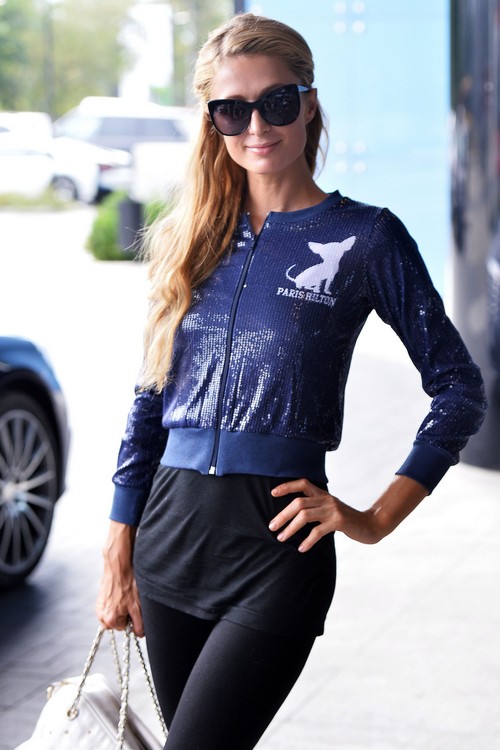 Paris Hilton’s younger brother Conrad Hilton, son of Rick and Cathy Hilton has been arrested yet again. The twenty-three year old Hilton heir tried to break into the house of his ex-girlfriend, Hunter Daily Solomon, who had taken a restraining order out on Conrad shortly after they had broken up in May 2015.

Hunter was granted the restraining order two years ago because shortly after she ended their relationship, Hunter claimed that Conrad would show up at all hours in the night crying hysterically and begging her to come back to him and marry him. When she would ask him to leave, he would refuse.

We aren’t sure why Conrad decided to suddenly violate the restraining order this morning, May 6, 2017, but according to TMZ, Conrad not only tried to break into the home Hunter shared with her mother, actress E.G. Daily, but Conrad had showed up to her father’s house earlier in the evening and stole a Bentley belonging to Hunter’s father, professional poker player and Pamela Anderson’s ex, Rick Solomon. In a truly bizarre coincidence that you would only see in Hollywood, Rick and Conrad’s older sister, Paris used to date and in 2001 a sex tape was leaked starring Paris and Rick.

This is not Conrad’s first brush with the law. In 2014, he was arrested after fighting with fellow passengers on an international flight. According to witnesses, he threatened to kill fellow passengers and referred to them as “peasants”. He pleaded guilty and was given three years probation, 750 hours community service, and had to agree to drug testing as well as mental health evaluations. Last June Conrad was arrested and spent two months in jail for violating his parole by using drugs including marijuana, synthetic cannabis, and cocaine.

Conrad is currently being held on a $60,000 bond. Along with the restraining order violation, the troubled Hilton has also been charged with felony grand theft auto for stealing the Bentley of Rick Solomon. If convicted, he could face a sentence of 16 months to 3 years in jail.