Courtney Stodden Moves On From Doug Hutchison With A Younger Man 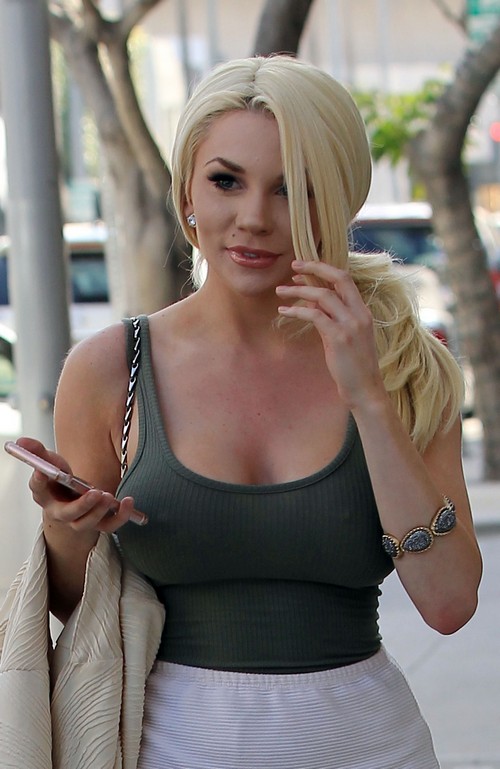 Courtney Stodden has appeared to have moved on from Doug Hutchison. The bubbly blonde confirmed back in January that the two have split. That not so shocking news came after she was getting cozy with a mystery man at a nightclub. Since then, Courtney has been exploring the dating world. Though she admitted she’s bisexual, she has been spotted with her pick of young men. It looks like Courtney is swapping out Doug Hutchison for a much younger man.

Courtney Stodden may have finally realized that a 35-year-old age gap was too much for their marriage. She wants to be young and free while Doug would rather settle down. Now it looks like she has been out with several younger men in the past few months. In the photos obtained by The Daily Mail, Courtney looked cozy with an attractive young man in Beverly Hills. The mystery man slipped his arm around Stodden while she was on her way to meet up with Rock Of Love 2 star Frenchy Morgan, who she locked lips with later that night in Las Vegas.

The blonde bombshell has since broken her peace on their split. She first spoke out about their split in a video published by the Daily Mail. “It’s hard right now but we’re trying to individually find our happiness. It’s really sad,” she told the newspaper. 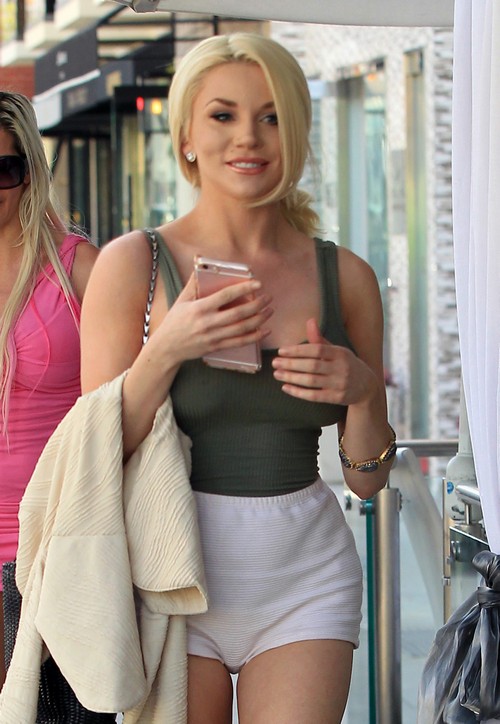 Courtney Stodden made headline news when she married Hutchison in 2012. She was only 16 at the time, and he was 50 years old. Hutchison met Stodden when she signed up for an online acting class taught by the actor. The couple have had a tumultuous marriage over the years. Their troubled marriage was documented on VH1’s “Couples Therapy,” when Stodden admitted that she cheated on her then-husband while living in the “Big Brother” mansion.

“For nine months, I went absolutely bonkers. I was dating people; I was meeting new people. When I was in the house I was holding hands with other men and we were together,” she said.

In addition, inside sources told Hollywood Life that Hutchison has been letting Stodden explore her sexuality by sleeping with other women. Hutchison admitted in an interview that watching Stodden with other men was “like Hell.” In November 2013, the pair separated, but later reunited in August 2014. The Hutchisons later renewed their vows on their fifth wedding anniversary. 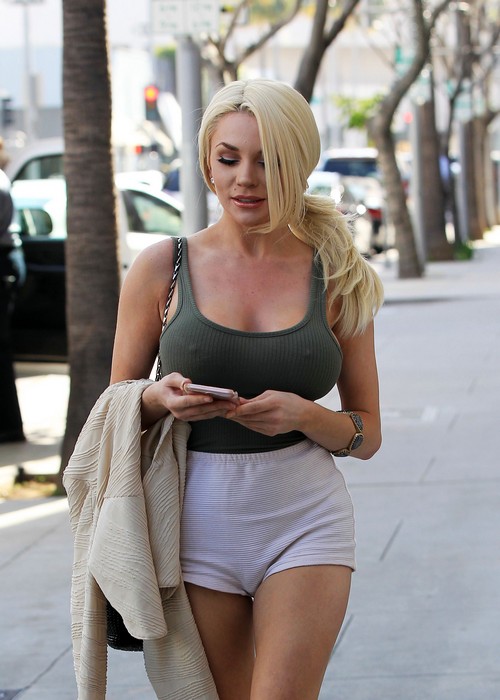 Now, Stodden revealed to The Sun that the major age gap was the reason behind their rocky marriage. She now wants to embrace her new single life and her party lifestyle. “I think any split is a sad difficult time, but I mean the ultimate decision, and the reason, is I’m not the same person I was when I was 16-years old. I’m now 22 – I’m just not the same person.”

It’s easy to see why she wants to let loose and have fun now. She has been through a difficult time. Their decision to split came after she suffered a miscarriage last summer and struggled to deal with the loss. In following weeks, Courtney Stodden shaved her head, carried a “reborn” doll while she grieved for her child, and spent most of her time drinking and sulking. Now, Stodden wants to focus on herself while making the most of her young life.