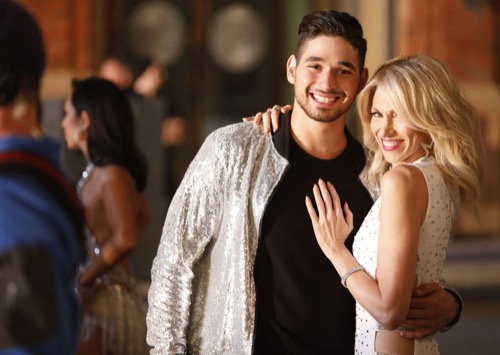 Debbie Gibson is one of the celebs competing on Dancing With The Stars season 25.  Thirty years ago, a beautiful long island girl named Debbie Gibson released her first album. The album was titled “Out of the Blue” and had five hits, including Foolish Beat. It made her the youngest female artist ever to write, produce, and perform a top single —which is a record that is still intact. Debbie’s second album, Electric Youth, went straight to the no.1 stop on the charts. Below are seven fast facts about Debbie Gibson ahead of her Dancing with the Stars debut on September 18.

Hearing Herself On The Radio – Gibson recalls the first time she heard herself on the radio. She was coming home from a voice lesson. She remembers her father being so excited about hearing her song that he nearly got in a car crash.

Wearing Same Clothes – Back in the day, she used to wear the same outfit at every concert. It was her signature style with a jean jacket. Debbie realizes that in today’s times that would never work. Social media would pick her apart!

Wrote A Song In History Class – Gibson wrote the song Wake Up To Love when bored in history class. She had played in a club the night before and was sleepy. She kept thinking wake up wake up, and it hit her, “Wake up to Love.” The song was included on her album and an instant hit.

Wardrobe malfunction – During her first live performance, she had a wardrobe malfunction. Her dress caught on the microphone and started to unravel. She made it through her routine. Gibson said in the music business, thinking on your feet is a must. 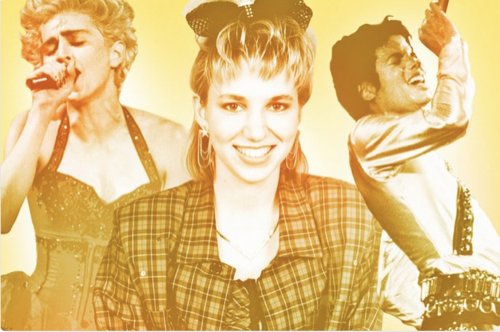 Music Promoters Wants Her To Cut Her Locks – When she was first starting out, Gibson’s promoter asked her to cut her hair. He felt her bangs, and straight hair was too plain and wasn’t sure people would relate to it. As it turned out, girls all over the world related to that and went to hair salons to get her haircut.

Michael Damien Gave Her Hat – Debbie’s signature hat was from Michael Damien. Apparently, she took it right off his head. Then, had her people go buy the same hats to throw to her fans on each show. Now, that black hat is one of her signature looks.

Struggle With Lyme Disease – Gibson has been struggling with Lyme disease for many years. She has been working with her doctors, with various treatments to get her to restore her health. Debbie said that she had overcome Lyme disease and it will always be a challenge.

#TBT to Monday night on #DWTS @DancingABC … caption this for some #ThursdayThoughts . pic.twitter.com/mAYAQirSmA

* CLICK ON THE IMAGES BELOW TO MAKE LARGER – DEBBIE ON DWTS *