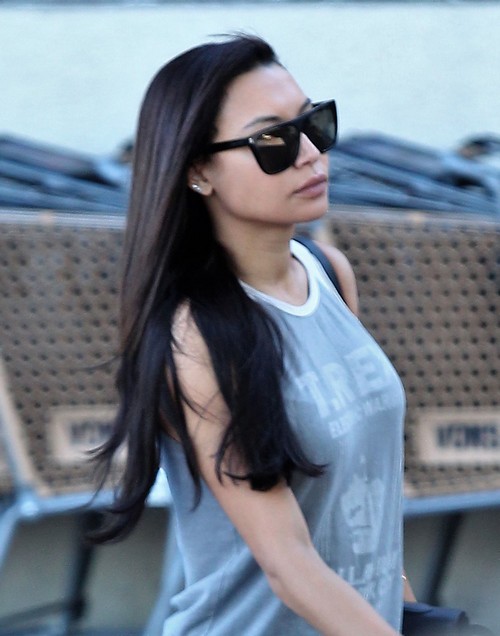 It looks like David Spade and Naya Rivera are getting more serious about dating each other. It seemed like an odd pairing when funny man David Spade, 50 and gorgeous “Glee” actress, Naya Rivera, 30 were spotted getting flirty in a pool in Hawaii late last month, but it appears as if the unlikely couple is totally into one another.

The duo met while filming the upcoming comedy, “Mad Families” and while we arent’ sure who made the first move, a source told The Daily Mail that David “really likes her”. Although the couple have been spotted together in Hawaii and on sushi dinner dates in Los Angeles, the pair reportedly wants to keep details of their relationship private. David has been known in Hollywood for years as a Casanova. He has dated a slew of beautiful women such as Pam Anderson, Carmen Elektra, Charlotte McKinney. 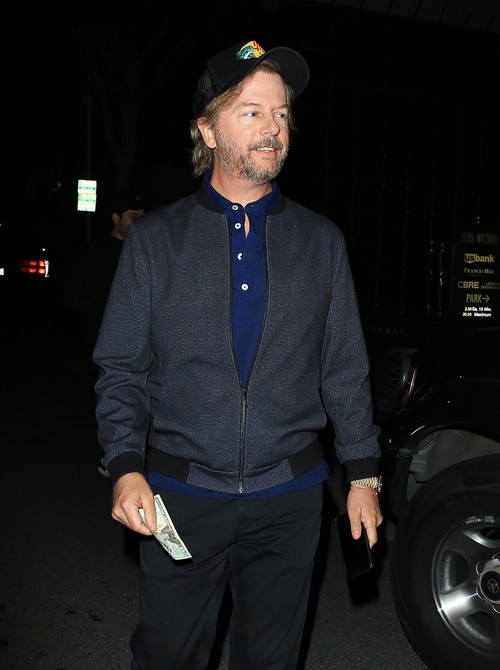 Perhaps his most publicized relationship was with Melrose Place actress, Heather Locklear, who David started dating in 2006, shortly after she split with her ex, Richie Sambora. David and Heather dated for about six months before calling it quits. David Spade has a nine year old daughter named Harper with Playboy model, Jillian Grace. Naya Rivera shares a son with her estranged husband, Ryan Dorsey, whom she married in 2014. The couple announced their separation last year.

Before Naya and Ryan married, the actress was engaged to rapper, Big Sean. Naya opened up about her relationship with Big Sean in her autobiography, “Sorry Not Sorry.” In it she details that she found out her wedding to Big Sean was off when she read on the Internet that Big Sean’s publicist had released a statement announcing their breakup. 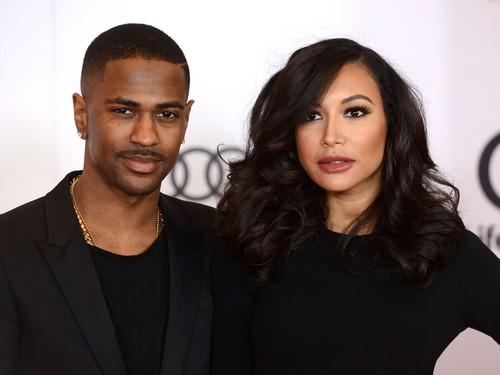 Naya wrote, “Not only were we no longer getting married, but apparently we weren’t even together anymore.” She also claims that she once caught Big Sean and singer Ariana Grande together in Big his home. Ariana Grande and Big Sean went on to have a high profile relationship, while Naya married Dorsey just three months later. Naya even used the same wedding plans she was planning to use for her nuptials with Big Sean.

Although David Spade and Naya Rivera are spending more and more time together, friends of David claim that even though he does care a lot about Naya, they just don’t see the lifelong bachelor ever wanting to settle down.