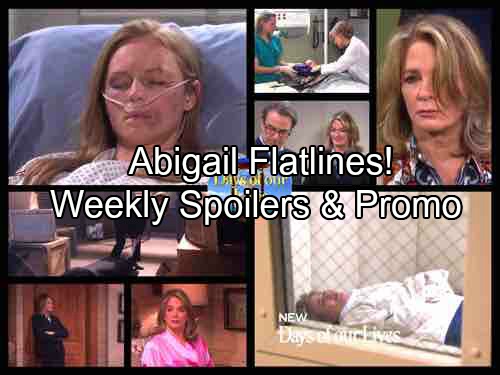 Days of Our Lives (DOOL) spoilers for the week of July 31-August 4 tease that several Salemites will face total terror. First, Abigail (Marci Miller) will end up in the hospital after coming to Chad’s (Billy Flynn) rescue. Jennifer (Melissa Reeves) and JJ (Casey Moss) will rush over for updates. They’ll wonder how this could’ve happened.

Chad will explain that Abigail pushed him out of a speeding car’s path. He’ll get emotional as he insists that Abigail saved his life. Meanwhile, Kayla (Mary Beth Evans) will be reinstated just in time to help Abby fight. Unfortunately, the situation will be quite grim.

Days of Our Lives spoilers indicate that Abigail’s heart will stop beating. They’ll have to use a crash cart once she flatlines. Chad will wait nervously outside as Abigail struggles to survive. He’ll worry about what he would do without her.

Chad made some nasty comments when he found out Abby planned to leave with Dario (Jordi Vilasuso). He’ll undoubtedly regret them once he sees that Abigail is in such bad shape. Chad suggested that Abigail would be dead to him if she left. Little did he know she’d literally be near death hours later. 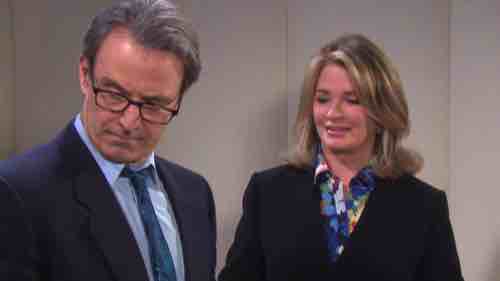 Days spoilers say Chad will pray for a miracle and he’ll get one. Abigail’s doctors will manage to get her heart going again. She’ll be rushed to surgery, but Kayla will warn that nothing is guaranteed. She’ll fear that Abigail could face another setback if they’re not careful.

Thankfully, Abigail will be on the mend before long. Days of Our Lives spoilers say Chad will realize just how much he cares for Abigail. He’ll approach her bedside to profess his love, but it’ll crush Gabi (Camila Banus) when she overhears. She should’ve known better than to get involved with him. Chad is hopelessly devoted to Abigail and that’s not going to change anytime soon. 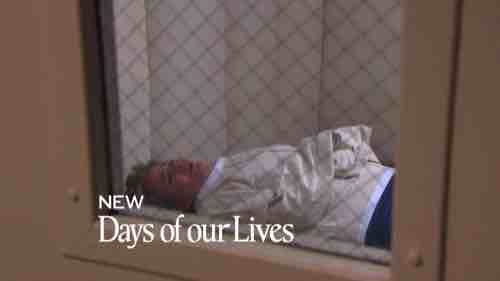 Elsewhere, Hattie (Deidre Hall) will reveal her plot to take over Marlena’s (Deidre Hall) life. She’ll drug “Doc” and drag her off to a sanitarium. DOOL fans can expect a crazy storyline. Marlena will be admitted as a patient and slapped in a strait jacket. She’s going to have trouble finding a way out of this mess!

It sounds like some serious shockers are in the works. We’ll keep you posted as other Days news comes in. Stay tuned to DOOL and don’t forget to check CDL often for the latest Days of Our Lives spoilers, updates and news.