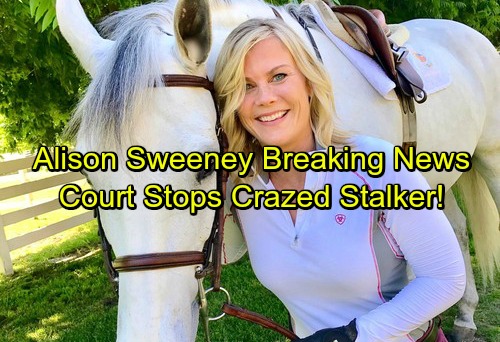 Days of Our Lives (DOOL) spoilers tease that Alison Sweeney will reprise her role as Sami pretty soon. She’s already finished taping her wild scenes. Sami’s return will certainly bring some hot drama to DOOL, but Sweeney has been battling personal own drama off screen. TMZ is reporting that Sweeney was forced to get a restraining order against one hostile man.

Jon Christopher LuVisi began tormenting Sweeney on social media. She tried blocking him, but LuVisi would just make more accounts to reach out to her. Sweeney was harassed through at least 15 accounts over the course of several years. As LuVisi’s comments became increasingly menacing, Sweeney felt she had to take action. 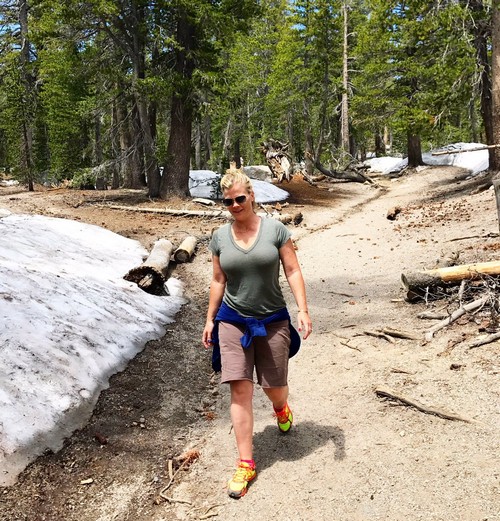 A judge ruled that LuVisi would have to stay 1,000 feet away from Sweeney and her family. That means steering clear of their home, the kids’ schools and anywhere Sweeney might be working. She’s undoubtedly hoping that LuVisi will listen and obey the law. There’s no need for this ridiculousness to escalate any further.

Some court documents indicate that Sweeney became fearful when LuVisi’s threats revved up. He claimed he had risqué pics and would send them to her husband if she didn’t cooperate. LuVisi demanded money in exchange for keeping a lid on this made-up scandal. 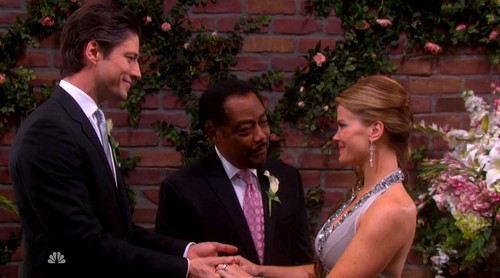 Sweeney reached out to the California Highway Patrol and they did some investigating. They got in touch with LuVisi’s wife and learned that he had been catfished. His wife suggested that LuVisi believed he was having an online affair with Sweeney at one time.

The scam apparently caused LuVisi to head down this dark path. Thankfully, Sweeney took charge before any violent incidents occurred. Let’s hope that all the crazies will stay away from her and any other celebs. They should be able to protect themselves and their loved ones just like anybody else. 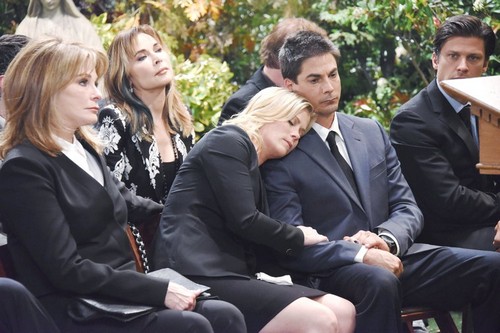 As for Sweeney’s upcoming return to Days, it appears Sami will be the one in trouble with the law. Days of Our Lives spoilers hint that Sami may be arrested shortly after she arrives in Salem. After all, Sami stole a good chunk of the DiMera fortune!

It sounds like things are going to get interesting on Days of Our Lives. Are you excited about Sami’s comeback? We’ll give you updates as other Days news comes in. Stick with DOOL and don’t forget to check CDL often for the latest Days of Our Lives spoilers, updates and news.