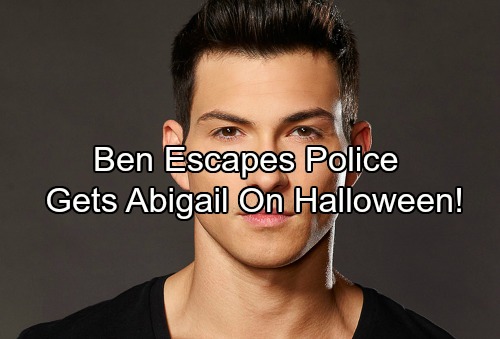 Days of Our Lives (DOOL) spoilers for the week of Halloween reveal that Abigail (Marci Miller) will have a horrifying holiday. Days of Out Lives comings and goings teasers suggest it is linked to Ben Weston (Robert Scott Wilson.) What will happen to Abby this time?

Not only does he want to mess with Sonny Kiriakis (Freddie Smith) a bit, but he has other motives. The character wants to clear his conscious as well as his name. 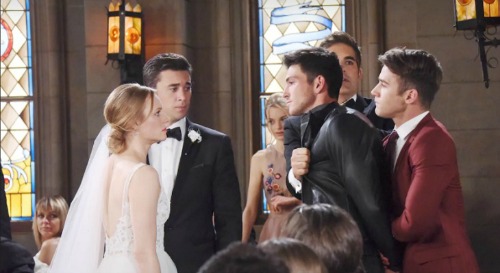 This revelation changes everything on Days of Our Lives. Spoilers imply that he will flee police custody. It will result in Abigail having a horrible Halloween. Even though his intent was to let everyone know that Will was alive, his motives are not entirely noble.

Ben Weston still has a lot of resentment from Abigail sleeping with Chad DiMera (Billy Flynn.) He never got to watch her burn in that bed. He might want the truth about Will Horton to be revealed. However, he also wants justice for what he considers an unforgivable offense.

Days of Our Lives spoilers indicate that he will haunt Abby. Not just in her dreams, but in real life. Could she end up in danger because of him fleeing police custody? It appears that she could be and this has everyone concerned about baby Thomas. After all, Ben is still convinced that he is the biological father. 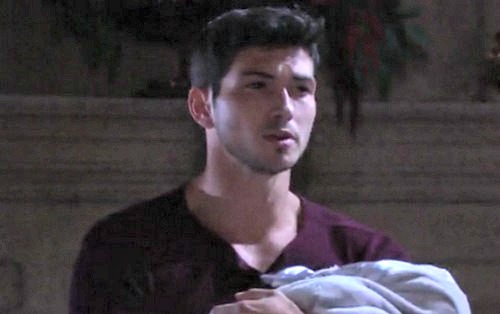 What makes this even more terrifying is that the DiMera mansion will be decked out for Halloween. Chad will not be around and neither will Andre DiMera (Thaao Penghlis,) Kate Roberts DiMera (Lauren Koslow) or the staff.

Suddenly, the power could go out and Ben’s games will turn the mansion into a real-life haunted house. The dark hallways will confuse Abby, making it nearly impossible to escape.

Of course, Abigail will get through this situation just fine. She is a strong woman, which was proven when she punched Ben at the wedding. However, it would be a terrifying experience that could have long-term effects on the newlywed.

What do you think is going to happen with Ben and Abigail on DOOL? Keep watching the NBC soap and check back with CDL for the latest Days of Our Lives spoilers, updates and news.