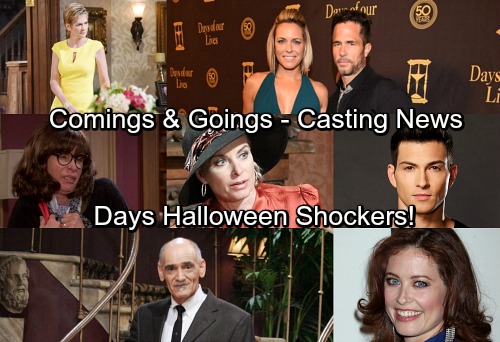 Days of Our Lives (DOOL) spoilers and casting news for the week of October 23-27 tease that some big returns are on the way. The latest comings and goings news reveals that some fan favorites are making comebacks. Kassie DePaiva will reprise her role as Eve starting October 27. DOOL fans can’t wait to see all the trouble Eve will stir up. She’ll start by shocking Victor (John Aniston) and Brady (Eric Martsolf).

They’ll definitely wonder why Eve suddenly arrived back in Salem. Later, Days spoilers say Eve will clear things up with a surprising announcement. Is Eve concerned about the environment Tate’s being raised in? Does she plan on suing for custody or at least moving in the mansion to care for Tater Tot? Eve’s return will bring plenty of drama as well as a new love story, so stay tuned! 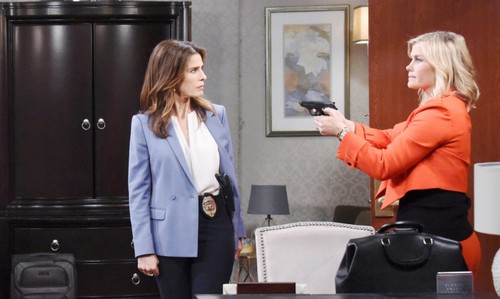 Days of Our Lives spoilers say William Utay just kicked off a fun stint as Dr. Rolf. Stefano’s (Joseph Mascolo) loyal doc has apparently branched out a bit. After Sami (Alison Sweeney) confronts Dr. Rolf with a gun, he’ll admit that someone else instructed him to resurrect Will (Chandler Massey).

Dr. Rolf will commit suicide with a cyanide pill after making his confession. However, that won’t be the last time Days fans see him. Dr. Rolf will also appear during the week of October 30-November 3, so perhaps more fake flashbacks are ahead.

Of course, Dr. Rolf is a master at cheating death. We have faith that he could bring himself back to life with a little soap magic! Two other deceased characters are making comebacks, but they won’t be returning in the flesh like Will. Melissa Archer (Serena) and True O’Brien (Paige) will pop up briefly to give some Salemites a good scare. 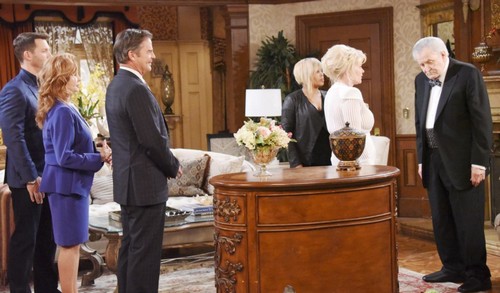 Days of Our Lives spoilers say a special Halloween episode is in the works. That sounds like the perfect time for the undead to haunt Salem. Could Paige and Serena be involved in the day’s spooky activities?

DOOL buzz hints that Ben (Robert Scott Wilson) has more scenes ahead as well, so Abigail (Marci Miller) could have some frightening visions. We should also mention that we just said a difficult goodbye to Nicole (Arianne Zucker). Zucker took her final bow on October 20, but maybe it wasn’t so final after all.

Nicole vowed to return to Salem one day, so let’s hope she keeps her promise! You never know what might happen down the road. We’ll give you updates as other DOOL news comes in. Stick with the NBC soap and don’t forget to check CDL often for the latest Days of Our Lives spoilers, updates and news.