Days of Our Lives Spoilers: Brady and Eric Face Each Other Again In Anger – Another Violent Fight? 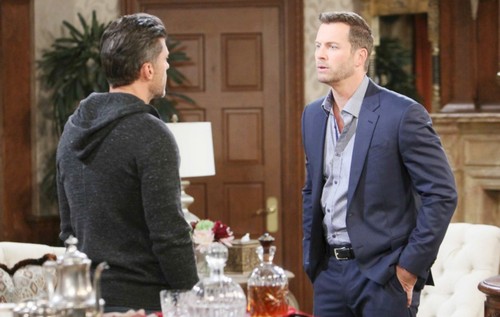 Days of Our Lives spoilers for the week of November 6 reveal that there will be another confrontation. How will Brady Black (Eric Martsolf) and Eric Brady (Greg Vaughan) handle seeing each other again? Will the two meet peacefully or will there be another violent encounter?

Things have been tense between the brothers ever since Nicole Walker (Arianne Zucker) forgave Eric. She fought her feelings for a while, but eventually gave into them, as did the former alcoholic priest. Even though “Ericole” sleeping together was not planned, Brady thinks it was some premeditated passionate affair.

Days of Our Lives spoilers revealed there would be a huge fight between Eric and Brady. Fans were shocked to see the normally docile Eric knocking Brady to the ground with one punch. Lamps were knocked over and Maggie’s (Suzanne Rogers) figurines were probably broken. Victor Kiriakis (John Aniston) was forced to get involved to stop the chaos. 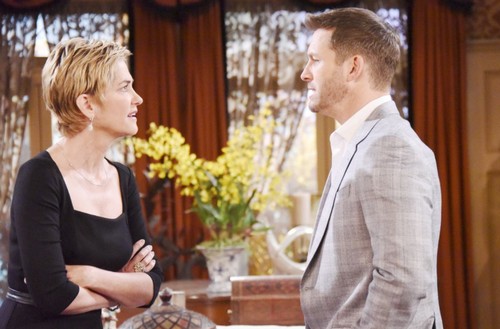 It is teased that Eric and Brady will have another encounter. While it isn’t revealed if there will be violence, it was made clear to expect things to get “tense.”

Chances are that they will come across one another while out in Salem. Days of Our Lives spoilers suggest there will be angry glares. Perhaps a few strong words will be spoken. However, would they really get into another fight out in public? Fans certainly hope there won’t be any more violence between the brothers. Especially over a woman that is already gone from both of their lives.

Even if they don’t get into a physical fight, there won’t be forgiveness anytime soon. Eric Martsolf teased that the tension between them will continue. In Brady’s mind, he was the victim of the ultimate betrayal. Not only did Nicole cheat on him, but with his own brother.

It is understandable why Brady is angry, but family is supposed to be forever. Eventually, he is going to have to put his rage aside. As for Eric, he will also have to let go of his fury and make amends with Brady. Unfortunately, it seems like fans will be waiting quite a long time before the brothers put their differences aside.

What do you think of Eric and Brady’s storyline? Keep watching the NBC soap and check back with CDL for the latest Days of Our Lives spoilers, updates and news.