Days of Our Lives (DOOL) spoilers tease that both new faces and familiar ones will continue to pop up. For starters, we’ll see some shockers during Eileen Davidson’s return as Susan. Word has it Davidson may play another character or two during her short stint.

John Enos will also wrap up his role as “Elvis” (aka Roger Fisher) soon. Days will tie up some lose ends in Memphis before moving on to the next phase of this story. It looks like Luke Peckinpah may have concluded his stint as a Memphis cop as well. Sami (Alison Sweeney) will undoubtedly be glad to get that guy off her back!

Days of Our Lives spoilers say Dr. Rolf (William Utay) is finished for a while, too. He’s served his purpose for now, but you never know what the future holds. No one would be surprised if Dr. Rolf rose from the dead and offered his services once again.

True O’Brien (Paige) and Melissa Archer (Serena) brought some fun to DOOL’s Halloween special. Days fans were cheering for these sassy zombies, so it’s a bummer to see them go. The one-episode gig may be over, but Archer has some great projects in the works. 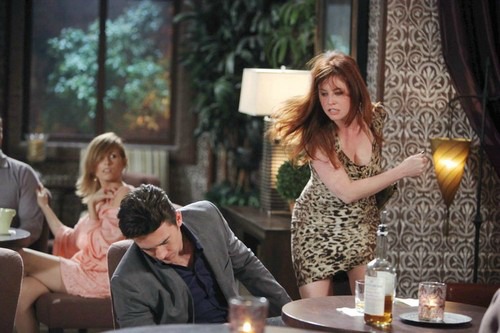 In addition to co-writing some new scripts, Archer is kicking off a YouTube channel called Melissa is a Dork. It’s meant to combine all her supposedly geeky interests, but we think that sounds pretty cool! Archer recently posted a trailer to give everyone an idea of what to expect. DOOL viewers might want to check it out and subscribe to this quirky channel.

We’ll also got some contract news to pass along. Chandler Massey (Will) was just upgraded in the credits of Days of Our Lives. He was previously listed as a guest star, but the show now confirms his contract status. The move was expected, but it’s nice to know for sure. Massey will be sticking around, so it’ll be interesting to see how his storyline heats up.

Are you looking forward to Will’s love triangle with Paul (Christopher Sean) and Sonny (Freddie Smith)? What other hot plots are you hoping for? We’ll give you updates as other details emerge. Stay tuned to the NBC soap and don’t forget to check CDL for the latest Days of Our Lives spoilers, updates and news.