Days of Our Lives (DOOL) spoilers tease that there are more details to report on Eileen Davidson’s upcoming return. A new issue of TV Guide confirms that Davidson will reprise her role as Susan Banks. It should be fun to see Susan again, but don’t rule out some surprises. Word has it we could also see a couple cameos from Davidson’s collection of characters.

Since these characters obviously look alike, one of them could always be Kristen in disguise. Days is trying to keep a tight lid on all this, but we’ll keep you posted if any other tidbits leak out. At least DOOL fans know for certain that Susan will cause some trouble! 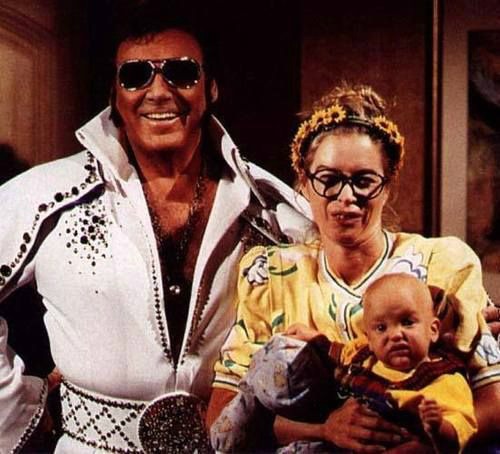 It sounds like Susan will pop up in Memphis during the search for Will (Chandler Massey). She normally provides the comedic relief, but look for her to bring some drama this time as well. Days of Our Lives spoilers reveal that Susan will affect this storyline in a way that’s quite tragic.

In other casting news, Michael McGill is playing the aggressive prison guard we’ve been seeing. John Eric Bentley is also playing Warden Smith, but it seems these two will quickly depart. Adrienne’s (Judi Evans) nightmare is finally over thanks to Justin (Wally Kurth), so the Statesville staff won’t be needed for much longer.

Days of Our Lives spoilers say Marci Miller (Abigail) will appear in a new movie soon. Last summer, she filmed the part of Ruth in Children of the Corn: Runaway. This horror flick will be released in the near future and it’s sure to show a very different side of DOOL’s sweetheart!

Arianne Zucker (Nicole) just delivered a fantastic performance during her crushing exit from Days of Our Lives. We’ll miss Nicole and the talent Zucker brought to the NBC soap, but she’s got some great projects in the works. One of them is Eyewitness, a thriller that features a murder and plenty of other shockers.

Days viewers should be on the lookout for this movie in 2018. We’ll give you updates as other news comes in. Stay tuned to DOOL and don’t forget to check CDL often for the latest Days of Our Lives spoilers, updates and news.