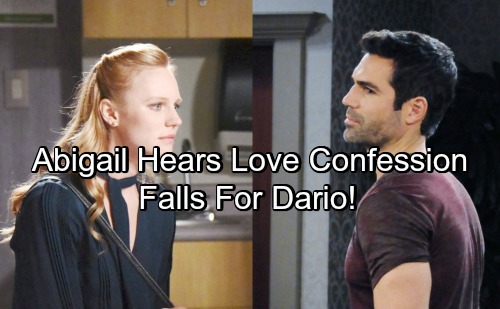 Days of Our Lives (DOOL) spoilers tease that Dario (Jordi Vilasuso) will decide he has to tell Abigail (Marci Miller) how he feels. It seems Abigail’s life-threatening ordeal will really deepen Dario’s love for her. He’ll determine that it’s better to get everything out in the open. You never know how much time anyone has left.

With that in mind, Dario will shock Abigail with a confession. He’ll pour out his heart and suggest that he’s developed intense feelings for her. Dario knows Abigail is a married woman, but he can’t help loving her. Since Chad (Billy Flynn) was honest with Gabi (Camila Banus), Dario believes he owes Abigail some honesty as well. 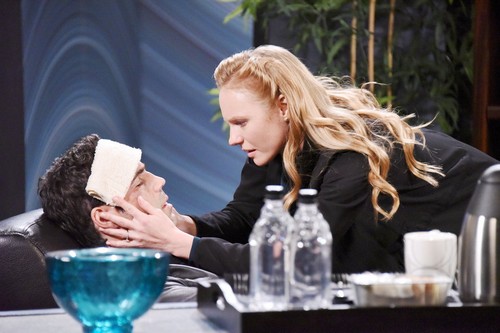 Abigail will think about her recent interactions with Dario. Everything will suddenly make sense. Abby will realize Dario’s been struggling with a crush and that’s why things have been a little awkward lately. Days of Our Lives spoilers say Dario will insist that he’d like the chance to be more than a friend.

Abigail may take a moment process this news. She never saw it coming. In fact, Abigail accused Dario of snapping at her because of her connection to the DiMeras. She thought Dario viewed her as an enemy. Abigail will discover that Dario wants a romantic relationship with her instead. 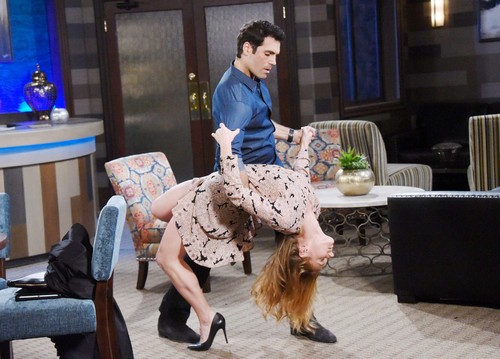 Later, Days spoilers reveal that Abigail will face some drama with Chad. She won’t approve of his efforts to get back at Deimos (Vincent Irizarry). After everything they endured, Abby will just want to drop the conflict and move on. Going after Deimos again is far too risky, but Chad intends to do it anyway.

Nevertheless, Abigail is committed to her husband. She doesn’t like this ruthless side of Chad, but she’ll probably put her concerns aside for now. DOOL spoilers state that Abigail will tell Dario that they can’t be together. She’ll maintain that she wants to focus on repairing her marriage. 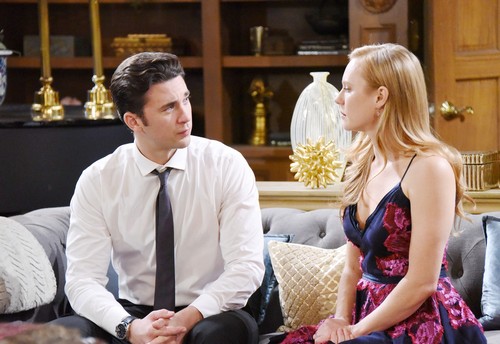 Besides, Abigail doesn’t think of Dario as a potential love interest. She hasn’t opened herself up to other possibilities because of Chad. Of course, that could change in the near future. Days of Our Lives fans can expect big shifts in Chad and Abby’s relationship.

As her marriage crumbles, Abigail could find herself falling for Dario. “Chabby” is endgame, but we may see some “Darby” fireworks in the meantime! We’ll give you updates as other Days details emerge. Stay tuned to DOOL and don’t forget to check CDL often for the latest Days of Our Lives spoilers, updates and news. Come and join in the LIVE discussion on our Facebook Page.