Days of Our Lives Spoilers for Next 2 Weeks: Murder, Cheating and Family Betrayal 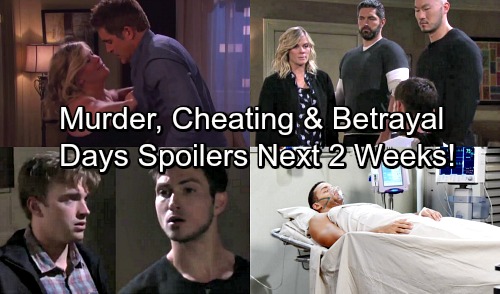 Days of Our Lives (DOOL) spoilers for the next two weeks tease that we’ll see some exciting drama. The week of November 20-24 will definitely deliver some heated confrontations. Rafe (Galen Gering) and Hope (Kristian Alfonso) will once again find themselves at odds. They’ll spar over JJ’s (Casey Moss) actions and how Hope handled the situation.

Meanwhile, Sonny (Freddie Smith) will defend Paul (Christopher Sean) in Memphis. It looks like Will’s (Chandley Massey) going to throw around a few accusations. Sonny will try to explain and Paul will offer his gratitude later. Days spoilers say Sonny will point out that he still hasn’t forgiven Paul for lying to him. He thought they could trust each other, so he’ll have to reevaluate where they stand. 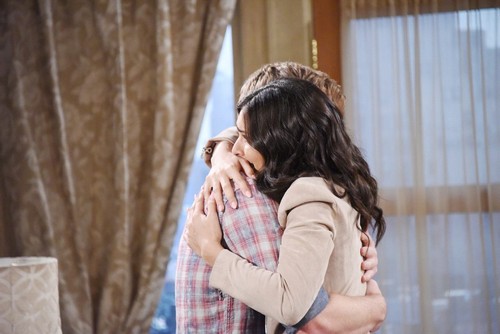 Once Will is convinced to come home, he’ll meet up with some familiar faces. Gabi (Camila Banus) and Arianna (Harper and Sydnee Udell) will be glad to see Will back in Salem. Will won’t be quite himself yet, but that’s OK. Sami (Alison Sweeney) will soon have a plan to take care of that.

Marlena’s (Deidre Hall) hypnosis won’t make significant progress, so Sami will recruit someone extremely dangerous for her mission. The week of November 27-December 1 will bring Ben (Robert Scott Wilson) back in the picture. Sami will yank Ben out of the mental institution and insist that she’s going to do exactly what she tells him to. 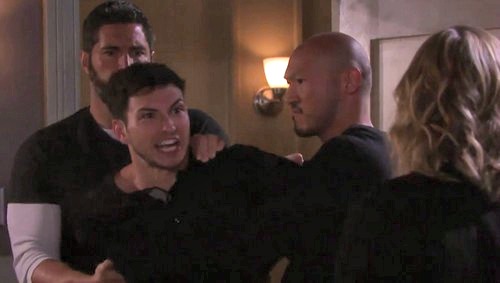 Ben’s crazy, but so is Sami in her own way! After securing Ben’s old apartment, Days spoilers say Sami will set the stage for a fake murder. She’ll want Ben to do everything just like he did before – except for the actual strangling, of course. However, Sami’s plan may not pay off right away. She’ll be left to sulk, but she won’t have to do it alone.

Days of Our Lives spoilers indicate that Rafe and Hope will have another explosive fight. They’ll break up and Rafe will make his way into Sami’s bed soon enough. Elsewhere, Chad (Billy Flynn) will decide he’s fed up with Andre’s (Thaao Penghlis) lies. DOOL fans know Andre has been honest with his brother and Abigail (Marci Miller) knows that, too. Unfortunately, Andre will be punished anyway. 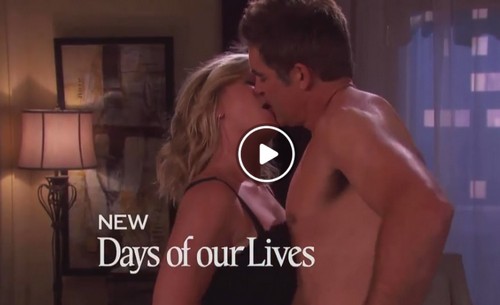 Chad will kick Andre out of the DiMera mansion, but Abigail will do her best to change her angry hubby’s mind. In the meantime, Abe (James Reynolds) will rage about the investigation into Theo’s shooting. He’ll confront Hope and demand JJ’s immediate firing.

Hope and JJ will certainly be under a lot of pressure. It sounds like some fantastic material’s coming up. We’ll give you updates as other Days of Our Lives news emerges. Stick with DOOL and don’t forget to check CDL often for the latest Days of Our Lives spoilers, updates and news.