BY Heather Hughes on May 17, 2017 | Comments: 10 comments
Related : Days of Our Lives, Soap Opera, Spoiler, Television 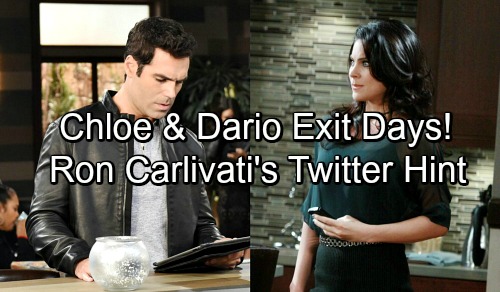 Days of Our Lives (DOOL) spoilers and casting news tease that more exits could be on the way. DOOL’s new head writer, Ron Carlivati, recently tweeted out an inspiration board with pictures of the show’s cast members. There were some noticeable absences on this board. Dario (Jordi Vilasuso) and Chloe (Nadia Bjorlin) were nowhere to be found.

It’s possible that they were simply forgotten, but it seems far more likely that they’re no longer part of Days. There’s been some buzz over the past few months about Jordi Vilasuso’s firing. It wouldn’t be all that surprising. Days of Our Lives can’t find a storyline or pairing that really works for Dario. From day one, he was never very useful. 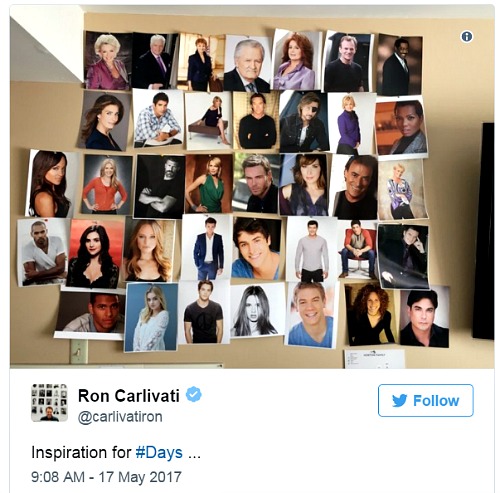 Although Dario arguably has some chemistry with Abigail (Marci Miller), most Days of Our Lives viewers aren’t rooting for them. Days gave “Chabby” a beautiful love story and it’s not over yet. Dario doesn’t stand a chance with Abigail or fans. “Chabby” support is still going strong. Besides, marrying someone because of a deportation threat doesn’t exactly scream “we’re soul mates.”

Perhaps Abigail will initially accept Dario’s proposal, but back out later. Dario could even withdraw the marriage offer. He might realize that he can’t trap Abigail in a loveless marriage. That would set up an easy exit. Dario could simply be deported and we could get “Chabby” back on track. 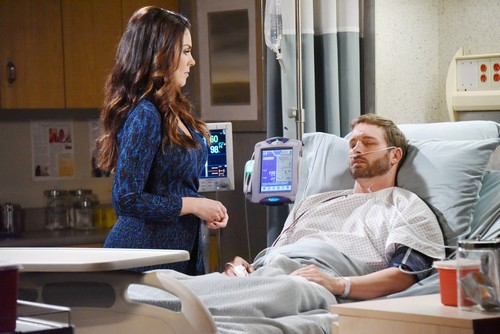 As for Chloe, it might be Bjorlin’s choice to leave. She’s started a family since she returned for her current stint on Days of Our Lives. Bjorlin has another baby on the way, so she might opt to give up the hectic soap schedule. Alison Sweeney (Sami) took a step back for the same reason. Family comes first, so it’s understandable when actors and actresses choose to pursue a new path.

Even if Bjorlin sticks around, she’ll be taking another maternity leave. That will put her off canvas for a while. That could be the reason Carlivati left Chloe out of his tweet. He may not have anything in mind for her at the moment. 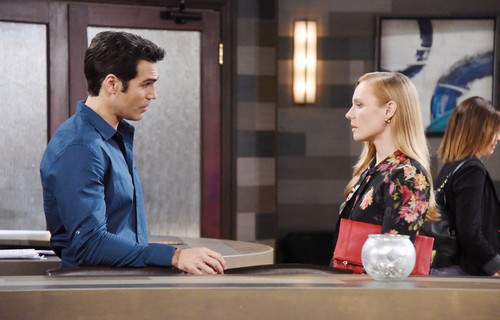 There are two other Days of Our Lives stars missing from the inspiration board, but there’s probably a good reason for it. Sami and Will (Chandler Massey) aren’t there, but that may be due to the length of their comeback stints. Sweeney should be around for a couple of months and it appears Massey may not be permanent either.

What do think about Carlivati’s potential clues? Do you think Dario and Chloe are done at Days? We’ll give you updates as other news comes in. Stay tuned to DOOL and don’t forget to check CDL often for the latest Days of Our Lives spoilers, updates and news.