BY Heather Hughes on May 17, 2017 | Comments: 3 comments
Related : Days of Our Lives, Soap Opera, Spoiler, Television 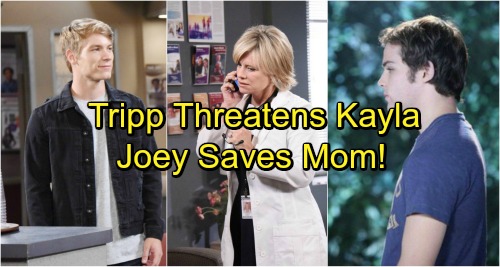 Days of Our Lives (DOOL) spoilers tease that Steve (Stephen Nichols) will decide Kayla (Mary Beth Evans) needs a little rest and relaxation. He’ll want to spend some time doting on his wife. These newlyweds have encountered a lot of drama since Tripp (Lucas Adams) came into their lives. Jade (Gabrielle Haugh) hasn’t exactly been pleasant to deal with either.

That’s why Steve will surprise Kayla with a day of pampering. He’ll want “Sweetness” to feel like the queen that she is. Steve believes the tension is finally starting to lift with Tripp. He can sense that his son is softening toward him. Unfortunately, Steve doesn’t realize that Tripp now has a new vendetta. 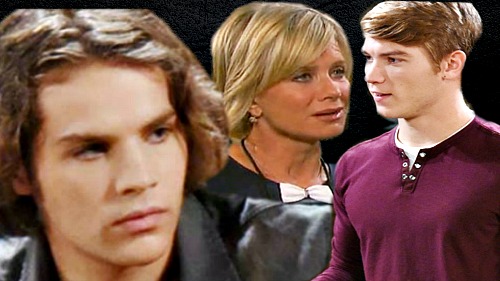 Days of Our Lives spoilers state that Tripp will want to avenge his mother’s death. He never even had a chance to meet Ava (Tamara Braun), but he feels like she was unfairly targeted by the Johnsons. Specifically, Tripp believes that Kayla killed Ava. He’ll think his stepmom should pay the price for her actions.

It’s not clear what Tripp has in mind for Kayla, but it can’t be good. Tripp has dealt with plenty of heartache in his lifetime. This was apparently the last straw. After Tripp got the message Ava left for him, he felt connected to her. Tripp could tell that Ava truly wanted to love him, but her shady family got in the way. 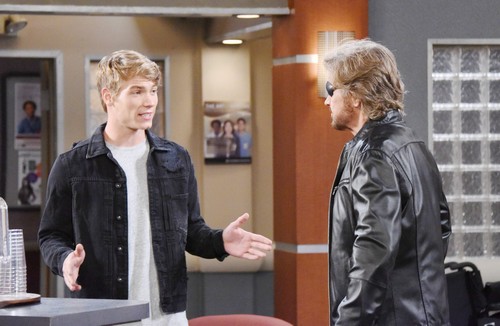 For whatever reason, Tripp doesn’t seem to be placing much blame on the Vitalis. He just can’t focus on anything except his mom’s murder. Tripp might believe Kayla should be the one six feet under, not Ava.
It’s doubtful Tripp will take his vengeance that far, but he could definitely try to expose Kayla’s crime. Of course, Days viewers know that Kayla isn’t the true culprit. Joey (James Lastovic) is actually the person who smothered Ava with a pillow in her hospital room. 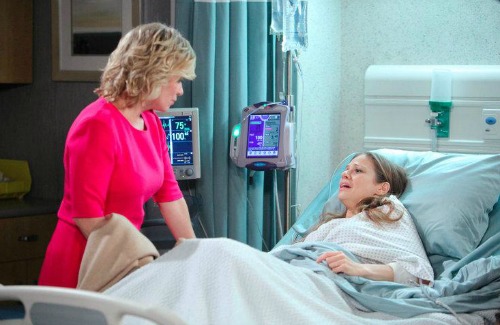 If Tripp revs up the pressure on Kayla, how will Joey react? DOOL buzz suggests Tripp’s agitation could lead to a shocking encounter. It’s not difficult to imagine Tripp holding Kayla at gunpoint to get a confession out of her. He could quickly snap. That’s when Joey could step up to take responsibility for his actions.

Days of Our Lives fans can expect some excitement down the road. Will Joey end up in prison? How would that affect the Johnson family? We’ll give you updates as other Days news comes in. Stick with DOOL and don’t forget to check CDL often for the latest Days of Our Lives spoilers, updates and news.