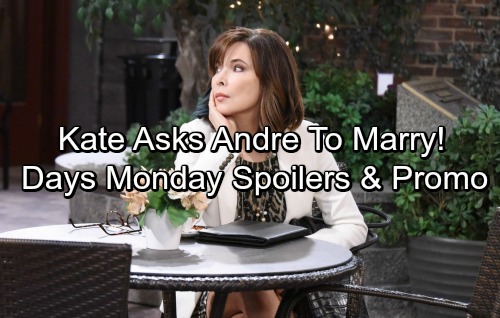 Days of Our Lives (DOOL) spoilers for Monday, June 5, tease that JJ (Casey Moss) and Lani (Sal Stowers) will have to break some bad news to the rest of the island gang. After finding a diary near the skull, they’ll decide to look through the entries. Some of them will be quite disturbing.

Lani and JJ will discover that the mosquitoes on this island are incredibly dangerous. The journal will indicate that a mosquito bite caused a man to go mad. He became violent and eventually murdered his wife. Unfortunately, Paul (Christopher Sean) is already infected. The frightening symptoms will present themselves before long.

In the meantime, Chad (Billy Flynn) and Gabi (Camila Banus) will deal with their new situation. It seems they’ve decided to stop fighting their feelings for each other. Days spoilers say Chad and Gabi will have to figure out how to move forward. This is what they want, but they’ll still face some obstacles along the way. 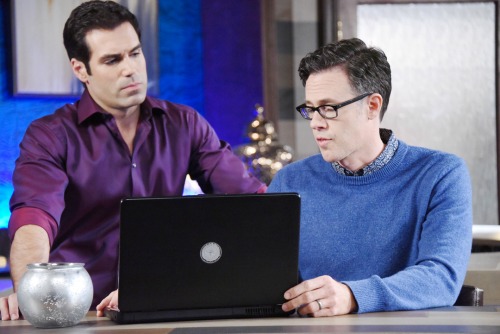 Other Days of Our Lives spoilers reveal that Abigail (Marci Miller) will worry back in Salem. She had a dream about Chad and now she feels like he’s in trouble. Once she hears about the plane crash, her fears will be confirmed.

At least Abigail will have a distraction in Monday’s DOOL episode. Days spoilers state that Abigail will continue to battle concerns about the marriage ruse. She wants to help Dario (Jordi Vilasuso) stay in the country, but she needs to be sure she has all the facts.

As Abigail grows increasingly suspicious, she’ll ask Commissioner Raines (Aaron D. Spears) for assistance. Abby will hope that Raines can get to the bottom of Dario’s story. She just won’t know if she can trust Dario’s version of the deportation drama. 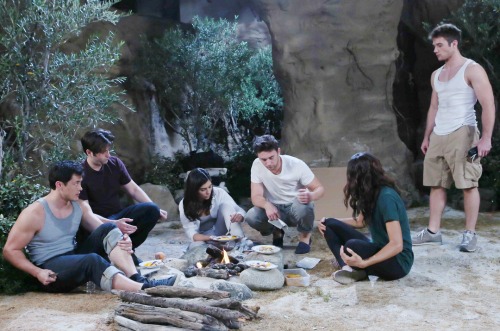 Elsewhere, Andre (Thaao Penghlis) and Kate (Lauren Koslow) will face some big problems. First, they’ll be upset about the plane crash Chad was involved in. They’ll try to stay positive about Chad’s survival, but his absence creates a huge issue for DiMera Enterprises. The board is set to review Chad’s work as CEO, but he’s nowhere to be found.

Kate will determine that they need a dependable leader ASAP. She’ll tell Andre that marrying a DiMera would help her score the CEO job. Andre will be stunned when Kate suddenly pops the question. We’ll give you updates as other Days of Our Lives details emerge. Stay tuned to DOOL and don’t forget to check CDL often for the latest Days of Our Lives spoilers, updates and news.