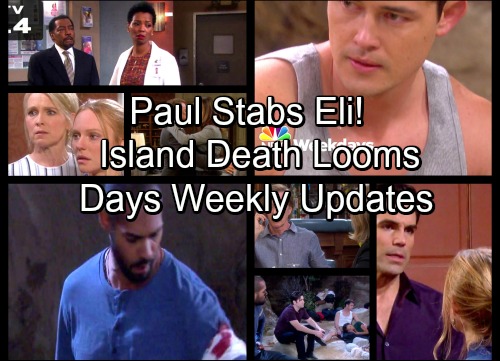 Days of Our Lives (DOOL) spoilers and updates for the week of June 5 through June 9 tease that some explosive action is on the way. On the island, Paul (Christopher Sean) will start to lose his grip. Normally, Paul is one of the sweetest guys around. He wouldn’t dare cause any intentional pain for his friends.

However, the circumstances have changed thanks to that mosquito bite. Days spoilers state that Paul will come down with some type of jungle madness. He’ll be out for blood and that will certainly lead to trouble. The rest of the group will panic as Paul becomes unhinged. 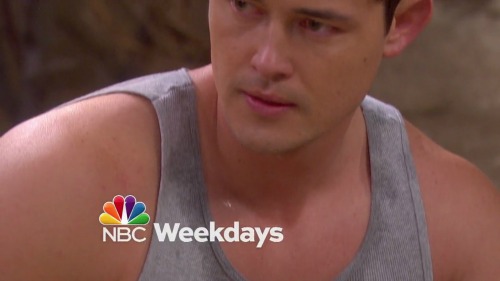 Days of Our Lives spoilers say Eli (Lamon Archey) and Paul will get into a violent confrontation. Eli will try to get through to Paul, but he’ll end up angering him instead. Paul will take out his knife and plunge it into Eli’s arm. He’s not messing around!

Eli will run away from this perilous situation and bandage himself up. DOOL spoilers reveal that Eli will tell the others about Paul’s murderous mindset. He’ll insist that if they don’t take Paul down, he just might kill them all. 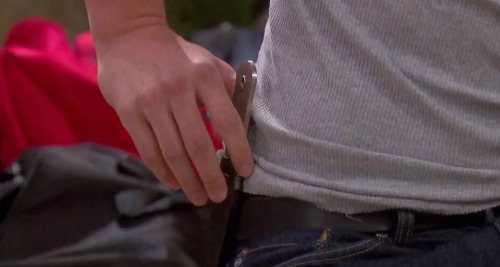 Sonny (Freddie Smith) will probably argue that they should simply restrain Paul until they’re rescued. He won’t think Paul should lose his life over something he can’t control. Of course, catching Paul and tying him up could be difficult. He’s clearly armed and dangerous.

While the island crew sorts out the crisis, things will be gloomy back in Salem. Days of Our Lives spoilers say Rafe (Galen Gering) will call John (Drake Hogestyn) to fill him in on the missing plane. John will pass along the news to Marlena (Deidre Hall) and they’ll wonder if Paul will make it home alive. 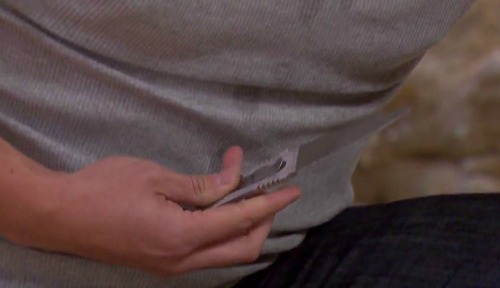 Dario (Jordi Vilasuso) will have to give Abigail (Marci Miller) and Jennifer (Melissa Reeves) updates on all of this. They’ll be stunned when they learn Chad (Billy Flynn), JJ (Casey Moss) and Gabi (Camila Banus) are unaccounted for. Days spoilers say Abigail and Jen will fear that they could be hurt or dead.

Across town, Justin (Wally Kurth) and Adrienne (Judi Evans) will lean on each other for support. They’ll hate the idea of losing Sonny (Freddie Smith) forever. This ordeal will definitely bring these exes closer.

Elsewhere, Abe (James Reynolds) and Valerie (Vanessa Williams) will cope with the drama as well. They’ll both be concerned about Lani (Sal Stowers) and Eli. It sounds like some rough times are ahead for all your favorite Salemites. Stay tuned to DOOL and don’t forget to check CDL often for the latest Days of Our Lives spoilers, updates and news.