BY Amanda Austin on May 18, 2015 | Comments: 5 comments
Related : Days of Our Lives, Soap Opera, Spoiler, Television 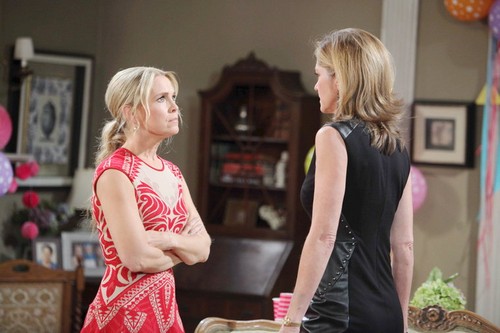 Monday, May 18: “Days of Our Lives” spoilers tease that the week will kick off on Monday with some major sparks flying between Will and his rival Paul Narita (Christopher Sean). Will Horton (Guy Wilson) returns home and is shocked when he walks in and sees Paul standing in his kitchen and holding his daughter, Arianna – he is seething when he realizes Sonny has brought Paul around the baby.

Tuesday, May 19: According to May 19’s “Days of Our Lives” spoilers, all hell breaks loose in Salem when Paige (True O’Brien) overhears her mother Eve Donovan (Kassie DePaiva) and boyfriend JJ (Casey Moss) discussing having sex with each other. Eve has no idea that Paige is home, and JJ pays her a visit and they get in a screaming match. By the time they are done arguing, Paige knows all the sordid details of how JJ cheated on her with her own mother.

Wednesday, May 20: On Wednesday’s episode of “Days of Our Lives,” spoilers tease that fans of the NBC soap opera can expect to see Nicole (Arianne Zucker) in a pickle, and she struggles to talk her way out of it. Meanwhile across town Adrienne (Judi Evans) is furious with Justin Kiriakis (Wally Kurth) when she overhears him on the phone – she’s not pleased with whatever her hubby is saying. 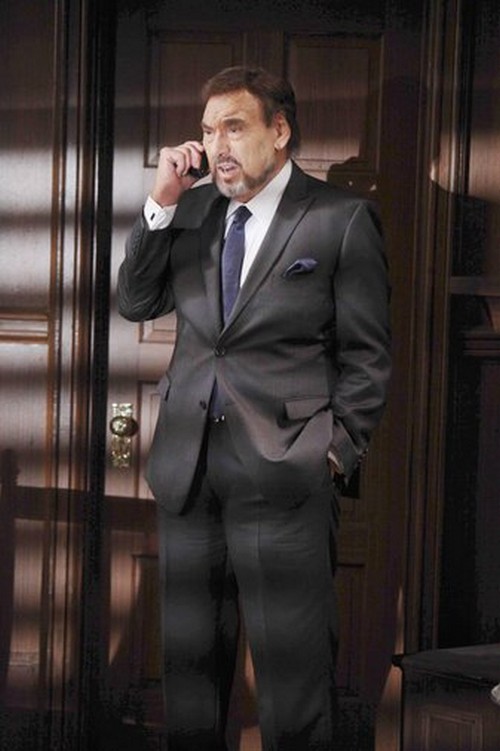 Thursday, May 21: “Days of Our Lives” spoilers for Thursday, May 21 tease that fans can expect some more heated scenes between Marlena (Deidre Hall) and Stefano (Joseph Mascolo). He accuses her of destroying his daughter, Kristen DiMera (Eileen Davidson). In Salem, Paul Narita has a heated conversation of his own with John Black, and Chad (Billy Flynn) begins to wonder what his father Stefano is really up to.

Friday, May 22: “Days of Our Lives” spoilers and coming and going news reveal that on Friday’s episode Patsy Pease returns as Theresa’s mother, Kimberly – and she wants Theresa to pack up the baby and move back to California with her. Theresa (Jenn Lilley) might just take her mother up on her offer, because that is the same day that her baby-daddy Brady (Eric Martsolf) proposes to Melanie (Molly Burnett)!

So Days fans, are you excited for an all new week of drama? What do you think Stefano’s endgame is with Marlena? Will Theresa Donovan leave Salem with the baby and move to Cali with her mom? How will Paige react now that she FINALLY knows the truth about Eve and JJ? Let us know what you think in the comments below and don’t forget to check CDL tomorrow for more “Days of Our Lives” spoilers and news.

See Days of Our Lives video preview and spoilers for Monday and Tuesday, May 18 and 19, 2015