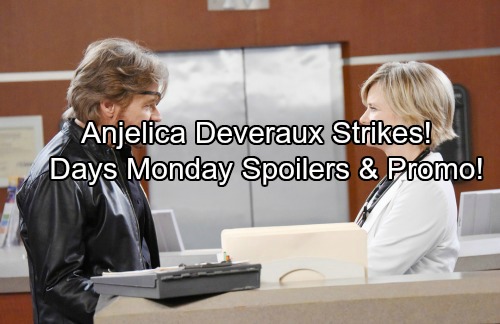 Days of Our Lives (DOOL) spoilers for Monday, June 12, tease that Deimos (Vincent Irizarry) will feel Nicole’s (Arianne Zucker) fury. He’s been the source of almost all her problems over the last few months. Nicole will finally get an opportunity to let Deimos have it. She’ll hold nothing back during this fierce confrontation.

Deimos will undoubtedly insist that he loves Nicole and would do anything for her. He may argue that he wouldn’t have been forced to kidnap her if she’d just listened. Obviously, Nicole will be appalled by Deimos’ attitude and outrageous behavior. He ordered a psycho to abduct his ex-fiancée and her baby. That’s about as crazy as it gets. 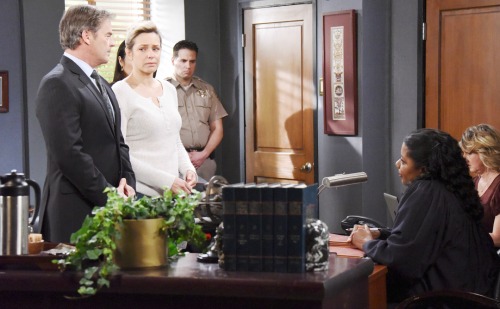 Brady (Eric Martsolf) nearly died thanks to Deimos’ twisted plot. He managed to hang on, but he’s got a long recovery ahead of him. Nicole may contend that Deimos should’ve been the one to suffer. She should be pleased by what’s in store for Deimos down the road.

It’s clear that Deimos will pay the price for his mistakes eventually. In the meantime, Nicole will worry that she could pay the price for her own. When Chloe (Nadia Bjorlin) shows up at her hearing, Nicole’s fears will intensify. She’ll naturally assume that Chloe’s there to take her down.

Thankfully, Chloe will choose to defend Nicole instead. Even the judge will be surprised by Chloe’s comments later this week. Stick with DOOL to watch Nicole catch a lucky break. 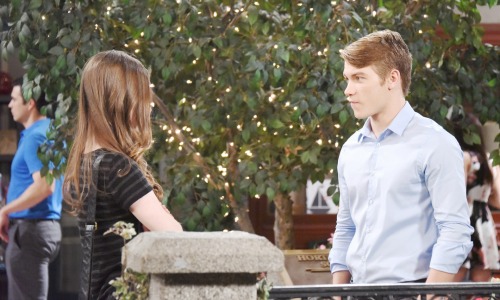 Across town, Days of Our Lives spoilers say Tripp (Lucas Adams) will mull over his revenge scheme. He’ll try to find a way to make Kayla (Mary Beth Evans) miserable. Jade (Gabrielle Haugh) convinced Tripp that Kayla is responsible for Ava’s (Tamara Braun) murder, so his desire for vengeance is steadily growing.

Days spoilers state that Tripp will decide targeting Kayla’s career is the best strategy. He knows she has quite a reputation at the hospital. Kayla is one of the most respected doctors around, but Tripp will believe he can change that soon enough.

Elsewhere, Steve (Stephen Nichols) will focus on the threat against Adrienne (Judi Evans) and The Salem Spectator. Anjelica Deveraux (Morgan Fairchild) is behind this, but Steve needs a couple more clues before he figures that out. He’ll get a huge lead in Monday’s Days episode that could help his investigation.

It looks like the drama will continue to heat up all summer. We’ll give you updates as other Days of Our Lives news comes in. Stay tuned to DOOL and don’t forget to check CDL often for the latest Days of Our Lives spoilers, updates and news.