Days of Our Lives Spoilers: Next 2 Weeks – Kate and Clyde Face Off – Sami’s Comeback – Lucas Sees Will Again 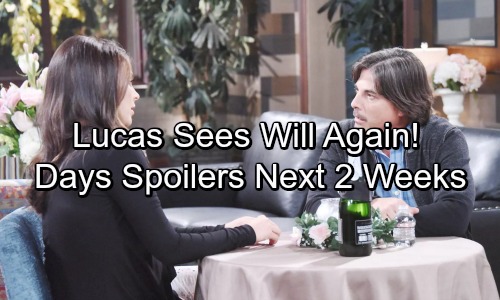 Days of Our Lives (DOOL) spoilers for the next two weeks tease that some stunning developments are coming up. The week of October 2-6 will bring an epic wedding failure. The ceremony will become a chaotic circus thanks to Ben (Robert Scott Wilson). After facing off with old foes, he’ll reveal that Will (Chandler Massey) isn’t dead after all.

Sonny (Freddie Smith) won’t be able to marry Paul (Christopher Sean) until he gets to the bottom of all this. However, “Chabby” fans will still get what they were hoping for. Days of Our Lives spoilers say Chad (Billy Flynn) and Abigail (Marci Miller) will quietly finish up their vows. They’ll officially become husband and wife, which means a lovely wedding night is on the way. 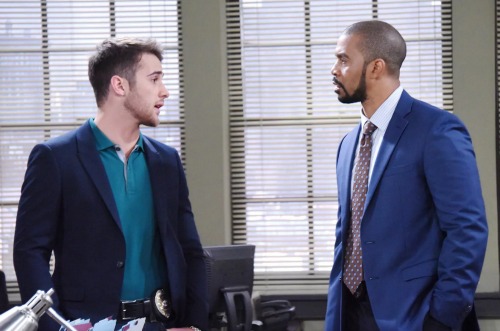 Meanwhile, Abe (James Reynolds) will make Hope (Kristian Alfonso) the new police commissioner. She’ll have to deal with a work crisis right away. After JJ (Casey Moss) crosses the line with Ben, Hope will be forced to suspend him. JJ will complain, but Hope will think his behavior was to outrageous to ignore.

Lani (Sal Stowers) will step up for JJ during the week of October 9-13. Days of Our Lives spoilers say she’ll think it’s time for the suspension to be lifted. It sounds like Hope and Lani will argue about just how long this ordeal should last. 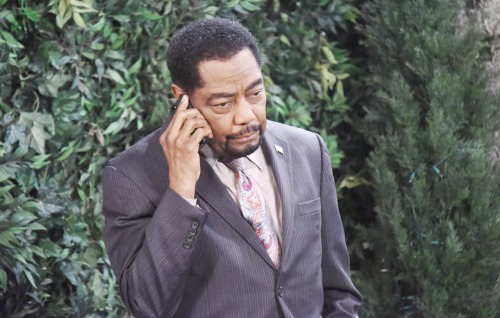 Elsewhere, Lucas (Bryan Dattilo) will have another vision of Will. After getting updates on Will’s potential survival, Lucas will imagine a chat with his son. Later, Sami (Alison Sweeney) will come home to see what all the fuss is about. She won’t be sure she buys the word of a total psycho. Sami will decide she needs proof to back up Ben’s claims.

Other DOOL spoilers say Brady (Eric Martsolf) and Sonny will face off over Titan. After Victor (John Aniston) makes a decision about the company’s future, there’ll be some serious tension. Sonny and Brady will be at odds over what’s best for the family business. 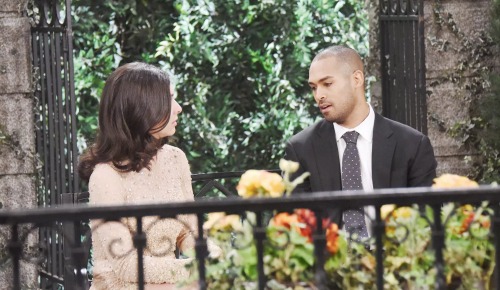 At the farmhouse, Nicole (Arianne Zucker) will arrive to see Eric (Greg Vaughan). She’ll reveal that Chloe (Nadia Bjorlin) filled her in on his feelings. Nicole will wonder why Eric stayed silent for so long. She’ll eventually explain that her feelings have resurfaced as well, so they’ll have to figure this mess out.

In prison, Clyde (James Read) will be surprised by Kate’s (Lauren Koslow) visit. Days spoilers say Kate will try to determine if Ben’s story is true. Of course, Clyde may not be super cooperative. Kate clearly isn’t his favorite person and he won’t have much to gain from blabbing.

Nevertheless, Kate might be able to get a clue. Bonnie (Judi Evans) will also put her blackmail plot in motion, so it’s going to be a busy two weeks! We’ll keep you posted as other Days news comes in. Stay tuned to DOOL and don’t forget to check CDL often for the latest Days of Our Lives spoilers, updates and news.