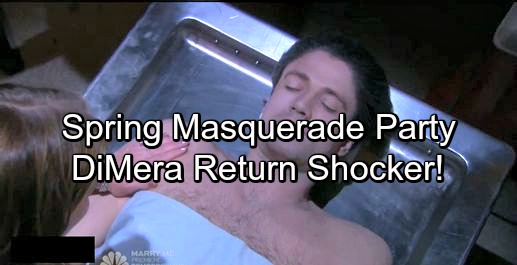 Days of Our Lives spoilers for spring 2018 reveal there will be a masquerade party. There was one prominent Salem family that was a big fan of these types of events. Could it hint that another DiMera is returning?

On Galen Gering’s official phone app, he posted a picture of Rafe Hernandez and Steve “Patch” Johnson (Stephen Nichols.) They were dressed in tuxedos and were wearing masks. Since the soap opera films six months in advance, it would put the timing around March 2018.

As loyal viewers know, Stefano DiMera (Joseph Mascolo) loved masquerade parties. In fact, it is how he was lured out into the open in Prague. It resulted in Hope Brady (Kristian Alfonso) being cleared in Stefano’s murder.

Mascolo tragically passed away and fans have made it clear a Stefano recast would be a disgrace to the legend. However, another DiMera could be attracted to the party. 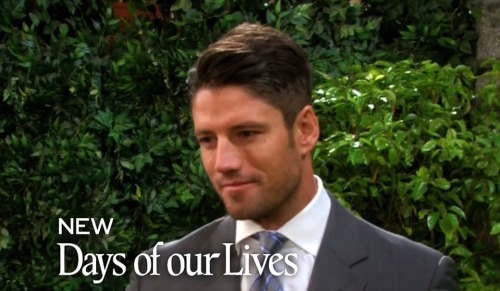 Days of Our Lives spoilers tease Eileen Davidson will return in November 2017. So, it can’t be Kristen DiMera or Susan Banks. However, it could be EJ DiMera (James Scott.) Even though it would be ideal for him to return when Sami Brady (Alison Sweeney) appears, a lot of factors may have prevented that from happening.

There is also a possibility that the party might reveal there are more DiMeras out in the world. Some time ago, Susan referred to EJ as her “firstborn.” As far as everyone knows, Susan only had one child. Why would she call EJ her firstborn if he was the only one? It might have been a clue that there are more DiMera children out there.

In recent years, the DiMera family has been dwindling in numbers. Head writer Ron Carlivati teased that he is bringing them back to the front burner. Days of Our Lives spoilers reveal they will once again fight for control over the citizens of Salem.

However, Andre DiMera (Thaao Penghlis) seems to be a changed man. Chad DiMera (Billy Flynn) is too good of a guy to follow in his father’s footsteps. As for little Thomas, he is way too young. It would certainly be interesting if a long-lost child of Stefano’s turned up and that person was just as diabolical as the patriarch.