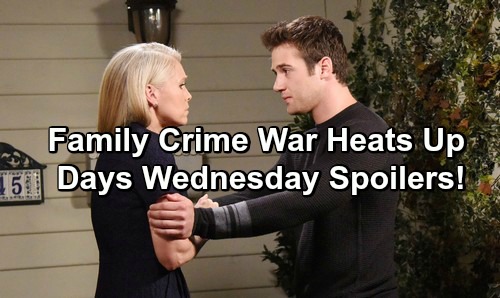 Days of Our Lives (DOOL) spoilers for Wednesday, January 18, tease that Dario (Jordi Vilasuso) and Eduardo (A Martinez) will get updates on Deimos’ (Vincent Irizarry) latest move. He swiped the hard drive and they won’t be happy about it. Of course, they don’t really have a right to be outraged.

Eduardo and Dario already stole the technology from Andre (Thaao Penghlis), which means the DiMeras are the real victims here. That’s something people rarely say in Salem! Nevertheless, Chad (Billy Flynn) will do his best to keep the fighting under control. 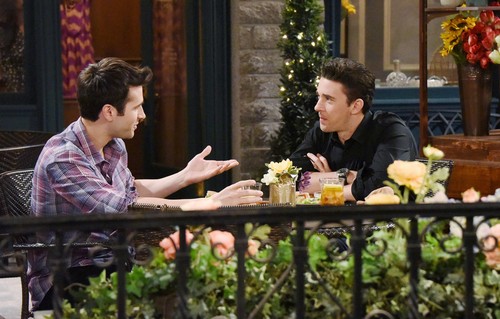 Days of Our Lives spoilers say Chad will reach out to Sonny (Freddie Smith) and Dario. Andre is obviously more concerned about the technology than his brother is. Chad is mostly hoping to prevent any violence. It’s clear that this feud is getting out of hand. Someone could get hurt if they keep this up.

DOOL fans know that Sonny has a good head on his shoulders. He’ll likely agree that they need to stop the particularly ruthless members of their families. Chad and Sonny may push for a peaceful solution to the problem. 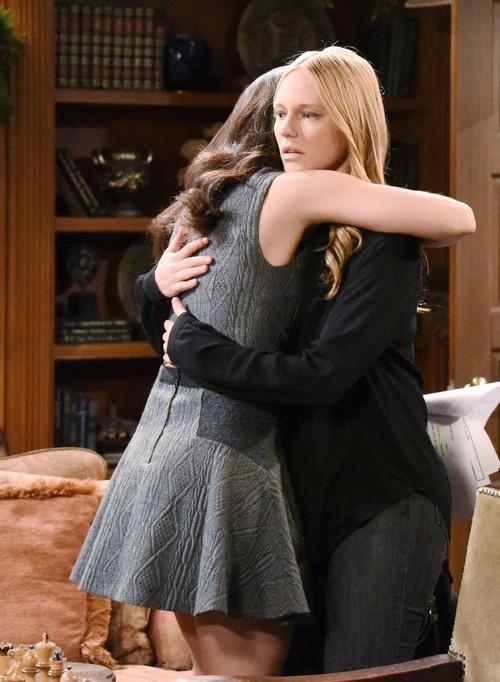 Unfortunately, Dario isn’t going to be on board. He has a bad temper and he won’t let Deimos get away with this. To be fair, Deimos is getting pretty nasty. Even Chad and Sonny could resort to harsher tactics eventually. Playing dirty is the only thing Deimos understands.

Days spoilers indicate that Gabi (Camila Banus) will worry about what Dario might do next. She’ll fear that her brother is in over his head. Abigail (Marci Miller) will also realize that trouble is brewing. She won’t like the idea of Chad getting tangled up in the danger.

Chad’s feelings for Gabi will continue to be an issue as well. Abigail can tell that they have a deep connection. Abigail wants her husband’s whole heart, not just a little piece of it. Days spoilers hint that Abigail will have a tough time recapturing what she’s lost.

Meanwhile, Jennifer (Melissa Reeves) will hear some news that intrigues her. She’ll find out about the case JJ (Casey Moss) has been assigned to. When Jennifer learns that something shady is happening by the docks, she’ll decide to do some investigating. This could be a hot scoop for the newspaper.

This week on #DAYS, Nicole is planning to marry Deimos, but his enemies want him out of her life… permanently. pic.twitter.com/MKqySepyYA