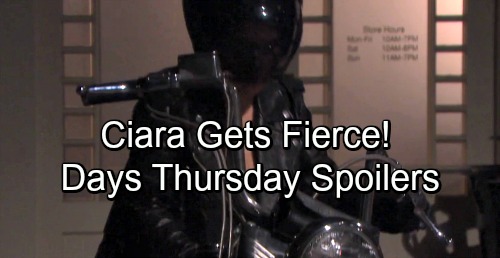 Days of Our Lives (DOOL) spoilers for Thursday, December 7, tease that Eric (Greg Vaughan) will try to be there for Sami (Alison Sweeney). He just showed up to a mess in her hotel room. Sami trashed the place after her confrontation with Belle (Martha Madison), but now it’s time to shift from anger to sorrow.

Belle really struck a nerve when she suggested Sami was just as bad as the DiMeras. However, part of Sami will wonder if that’s true. She was willing to watch crazy Ben (Robert Scott Wilson) pretend to strangle Will (Chandler Massey). That’s pretty nuts, but comparing Sami to Stefano (Joseph Mascolo) might be a little harsh.

Eric will likely remind Sami that desperation can drive you to make bad decisions. He’s had firsthand experience with that. Eric also knows that forgiveness is possible, even when you’ve done something seemingly unforgivable. He’ll urge Sami to hang in there before he heads off to change Will’s mind. 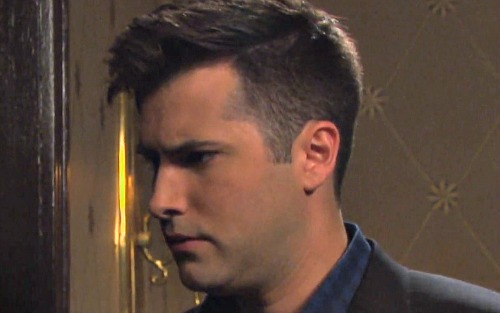 Elsewhere, Sonny (Freddie Smith) will unknowingly break up Paul (Christopher Sean) and Will’s kiss. They’ll keep him in the dark about their lip lock for now. Once Will exits, Days spoilers say Sonny will have a heartbreaking conversation with Paul. He’ll confess that he loves Will and wants another chance with him. That means Paul and Sonny’s engagement will have to come to an end.

Other Days of Our Lives spoilers say Steve (Stephen Nichols) will grill Tripp (Lucas Adams). He’ll suspect that Kate’s (Lauren Koslow) tightening her grip, but he won’t have all the facts. Will Tripp admit the whole blackmail story and share his role in helping Kate destroy the evidence? Tripp would be wise to let Steve help him!

Across town, Ciara (Victoria Konefal) will explode when someone gets in her way. It looks like the hospital staff may try to keep her out of Theo’s (Kyler Pettis) room. Days of Our Lives spoilers say Ciara will refuse to accept that. She’ll insist she’s going to visit Theo or else, so we’ll see if her outburst works.

Regardless, Ciara will score some time with Theo sooner or later. DOOL fans can expect some touching moments for these besties. We’ll give you updates as other Days news comes in. Stay tuned to DOOL and don’t forget to check CDL often for the latest Days of Our Lives spoiler, updates and news.