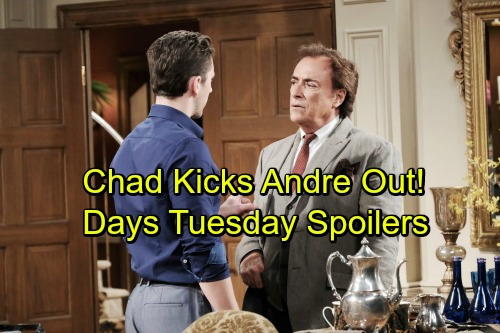 Days of Our Lives (DOOL) spoilers for Tuesday, November 28, tease that Ben (Robert Scott Wilson) will become a pawn in Sami’s (Alison Sweeney) latest scheme. After her contact comes through for her, Sami will explain how this is going to work. She’ll insist that Ben had better cooperate or else. Sami’s not messing around when it comes to getting Will’s (Chandler Massey) memories back.

A restrained Ben will complain back in his old apartment. Nevertheless, he’ll be forced to comply with Sami’s orders. Later this week, Days spoilers say Ben will reenact the events leading up to Will’s murder. Sami will monitor their interaction nearby, but she’ll soon realize this sinister charade isn’t exactly a foolproof plan. 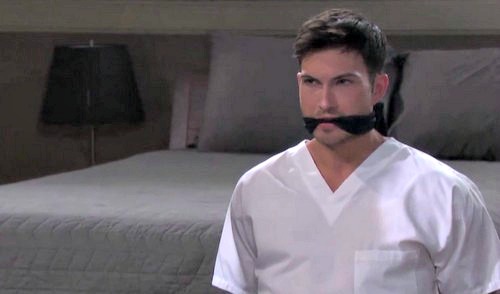 In the meantime, Kate (Lauren Koslow) will have an emotional chat with Will. She already received updates from Chad (Billy Flynn), but she’ll still struggle to believe her eyes. Naturally, Days of Our Lives spoilers say Will won’t remember Kate. He’ll continue to be overwhelmed by all the love for him in Salem.

With every warm moment he shares, Will’s becoming more and more determined to recover his memories. It’ll take a while, but everything should come rushing back to Will down the road. Let’s hope Will can find a way to get his life back on track. 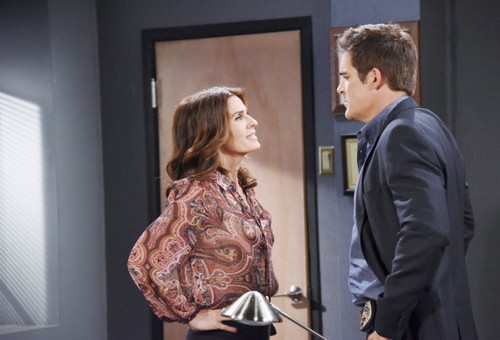 Other Days of Our Lives spoilers state that Chad (Billy Flynn) will make a shocking move. He’ll decide he’s done with Andre’s (Thaao Penghlis) games and that’ll lead to a heated confrontation. Chad will rip into Andre over Theo’s (Kyler Pettis) ordeal and toss him out of the house.

Andre will maintain that he had nothing to do with the break-in or Theo’s involvement. Unfortunately, Chad won’t believe his brother. It’s clear that Kate’s secrets are causing major DiMera drama! 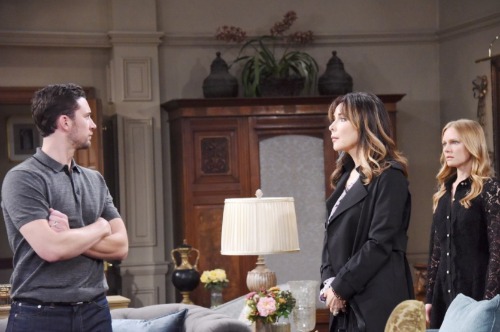 Elsewhere, Rafe (Galen Gering) will try to help Hope (Kristian Alfonso). He’ll explain his fiancée’s perspective on JJ (Casey Moss), but Abe (James Reynolds) will refuse to listen. Instead, Abe will have other ideas about the future of the Salem PD. DOOL fans can expect Rafe to get a big surprise. He’ll learn that if he can play by Abe’s rules, he can have Hope’s position.

Rafe may have some reservations about taking the police commissioner job, but he just won’t be able to pass up this opportunity. Some serious conflict is coming up for Hope and Rafe. We’ll keep you posted as other Days news comes in. Stick with DOOL and don’t forget to check CDL often for the latest Days of Our Lives spoilers, updates and news.