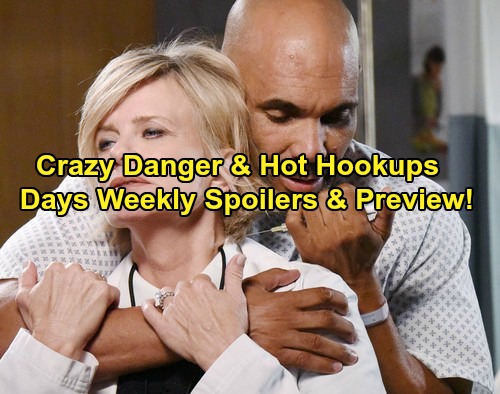 Days of Our Lives (DOOL) spoilers for the week of March 6 to March 10 tease that several Salemites will face extreme danger. First, Nicole (Arianne Zucker) will run into a problem while she’s on the run with Holly. She’ll make a new friend that could end up being more trouble than she’s worth. Nicole will panic as the cops get closer.

Brady (Eric Martsolf) will also be on a mission to find Nicole. He’ll hope that he can track her down and convince her to surrender the baby. Brady knows that Nicole loves Holly, but this isn’t the best strategy if she wants to keep her. Days spoilers reveal that Brady will eventually locate Nicole and offer his assistance. 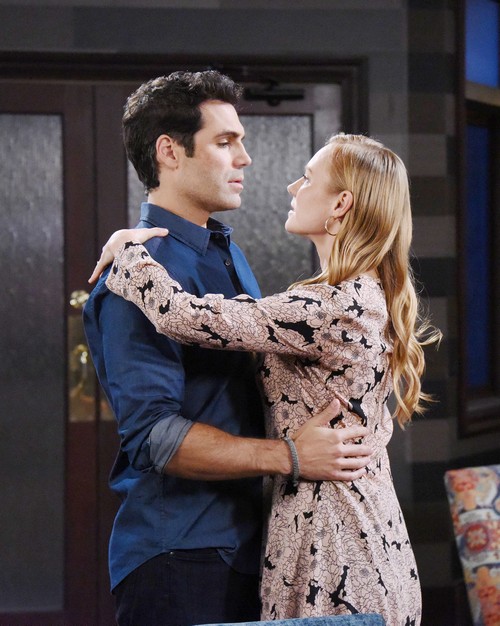 Elsewhere, Jade (Danielle Haugh) will get prepped for surgery. She doesn’t like her father, but she can’t just let him die. Jade will plan on giving Hal (Real Andrews) part of her liver, but it seems the operation could hit a snag. Perhaps there’ll be a delay or Jade will have a moment of doubt.

Whatever the case, Hal will lose control. Days of Our Lives spoilers say he’ll grab Kayla (Mary Beth Evans) and attempt to inject her with something. It’s not clear what Hal is trying to accomplish, but he’s obviously one aggressive dude. Fortunately, Steve (Stephen Nichols) will come to Kayla’s rescue pretty soon. 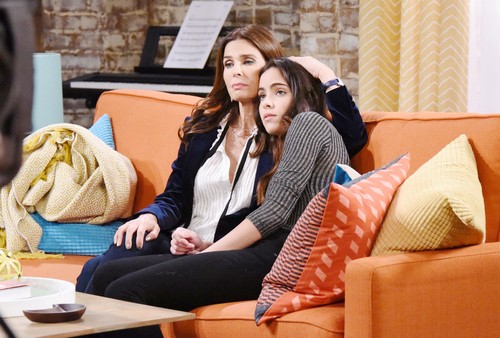 Later, Steve will learn that the son he had with Ava (Tamara Braun) is still out there. He’ll break the news to his family and begin his search. Meanwhile, Chad (Billy Flynn) will make a bold move with Gabi’s (Camila Banus) help. He’ll insist he’s going to do everything in his power to keep Deimos (Vincent Irizarry) at bay.

Days spoilers say Paul (Christopher Sean) and Sonny (Freddie Smith) will pitch in. They’ll find out more about Deimos’ stolen antiquities. It sounds like these DOOL characters have learned nothing about dealing with Deimos. Instead of staying out of his way, they’ll inevitably ignite another battle. 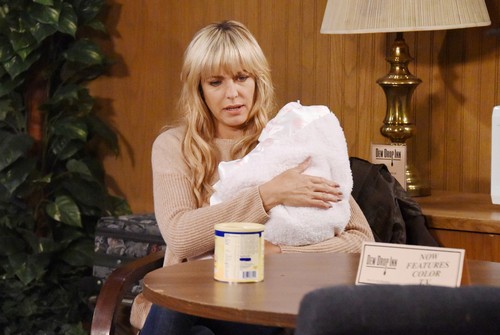 Speaking of battles, we could see Ciara (Vivian Jovanni) and Claire’s (Olivia Rose Keegan) heat up. Theo (Kyler Pettis) is the guy of their dreams, but he can only be with one gal. The tension between these Bradys is going to reach an all-time high. Across town, Dario (Jordi Vilasuso) will continue to wrestle his desires. He’s falling for Abigail (Marci Miller), which could lead to some serious issues.

Dario will even fantasize about making out with Abigail. Days of Our Lives fans won’t want to miss the drama ahead. We’ll give you updates as other details emerge. Stick with DOOL and don’t forget to check CDL often for the latest Days of Our Lives spoilers, updates and news.