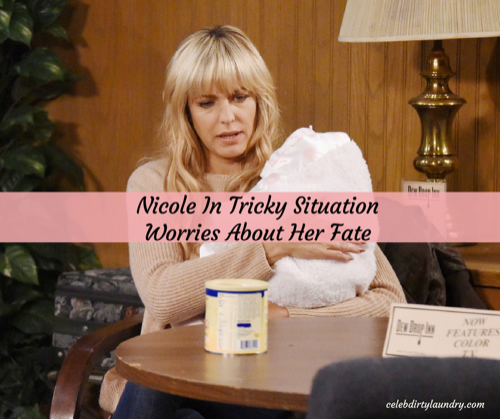 Days of Our Lives (DOOL) spoilers for Monday, March 6, tease that Brady (Eric Martsolf) will rip into Chloe (Nadia Bjorlin). When Chloe found out Nicole (Arianne Zucker) had taken off with the baby, she naturally flipped out. Brady thought he persuaded Chloe to keep the kidnapping under wraps. He just wanted the chance to find Nicole and talk some sense into her.

Unfortunately, Chloe called the cops the second Brady left. She’s not messing around when it comes to Holly. Days spoilers indicate that Brady will scold Chloe for going back on her word. He’ll insist that Chloe has caused a media circus and put Nicole’s life in danger. Of course, Chloe won’t care what happens to Nicole. She’s only concerned about Holly’s safety at this point. 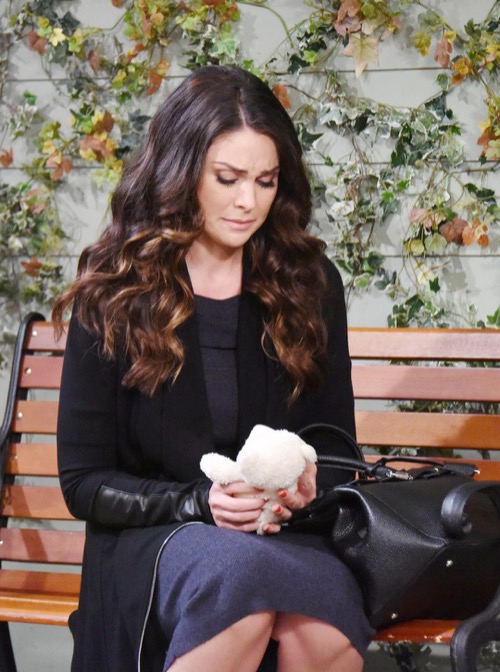 Meanwhile, Nicole will end up in a tricky situation. As the police get closer, DOOL spoilers say Nicole will worry about her fate. She knows that she’s stirred up plenty of trouble, but she couldn’t let Chloe take Holly away for good. Now that Nicole’s face is all over the news, she’s finding it tough to keep her secret.

Days of Our Lives spoilers state that Nicole will get some help from a new friend soon, but this pal could actually cause more drama. Nicole’s mess just keeps getting messier. Elsewhere, Jennifer (Melissa Reeves) will once again urge Eric (Greg Vaughan) to take the position she mentioned. There’s a job opening at the Horton Center and Jen feels like it’s perfect for Eric.

Sadly, Eric will refuse to take this shot at a fresh start. He’ll tell Jennifer that someone else will have to step up. Eric doesn’t believe he deserves to return to Salem for a new beginning. He may change his mind down the road, but he’ll have some issues to sort out. Stay tuned to see what’s in store for this tortured soul. 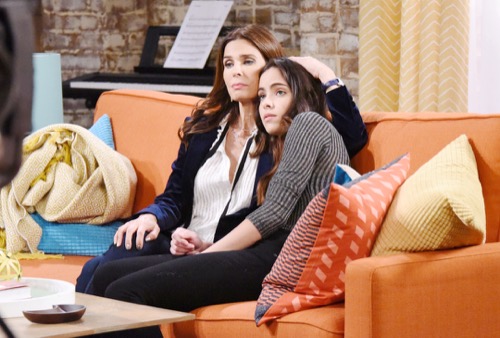 Ciara confides in Hope about her feelings for Theo.

Other Days of Our Lives spoilers reveal that Ciara (Vivian Jovanni) will open up to her mom about her feelings for Theo (Kyler Pettis). Hope (Kristian Alfonso) will be happy that she’s finally out of prison and can help her daughter through difficult times. Ciara might admit that she made a mistake when she let Theo go.

However, Theo is committed to Claire (Olivia Rose Keegan) and Ciara doesn’t want to hurt either one of them. It seems Claire may overhear her aunt’s comments. She’ll take her anger out on Theo a little later, which isn’t the best idea. We’ll give you updates as other Days details emerge. Stick with DOOL and don’t forget to check CDL often for the latest Days of Our Lives spoilers, updates and news.