Days of Our Lives Spoilers: Weekly Spoiler Updates – Nicole Fears She Murdered Deimos, Did She! 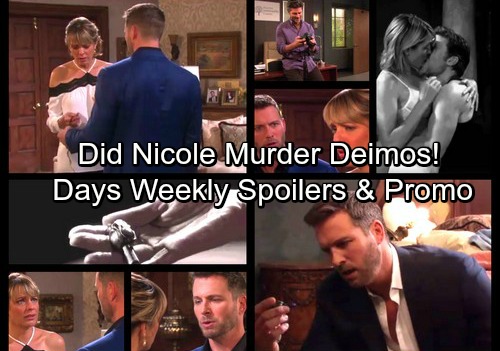 Days of Our Lives (DOOL) spoilers update for the week of August 14 through August 18 tease that Brady (Eric Martsolf) will fume over his latest discovery. He searched through Eric’s (Greg Vaughan) room for evidence of an affair, but found something far worse. Now that Brady knows where the missing amulet has been, he’ll come up with a story of how it ended up there.

DOOL spoilers say Brady will imagine the wild night Eric had. He’ll fantasize about Eric sleeping with Nicole before murdering Deimos (Vincent Irizarry) and snatching the amulet. Brady will think the whole nice guy thing is just an act. He’ll feel like Eric has shown his true colors and he intends to expose them to everyone. 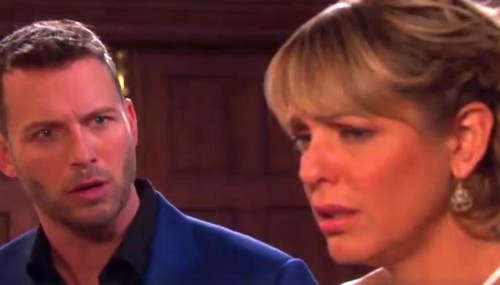 For starters, Brady will take the proof to Victor (John Aniston). Days of Our Lives spoilers say Victor will be taken aback by Brady’s suspicions. Since this mystery has been pretty convoluted, Victor will caution Brady about assuming the worst of Eric. Nearly everyone was on Halo at that party. Nobody knows for sure what happened that fateful night.

The fact that Brady’s been drinking won’t help his case. Victor will urge Brady to sober up and think this through. He won’t want the booze to cloud his judgment. Later, Brady will fill Nicole (Arianne Zucker) in on what he found. He’ll maintain that Eric murdered Deimos. Brady will note that it’s their duty to turn Eric in and let justice prevail. 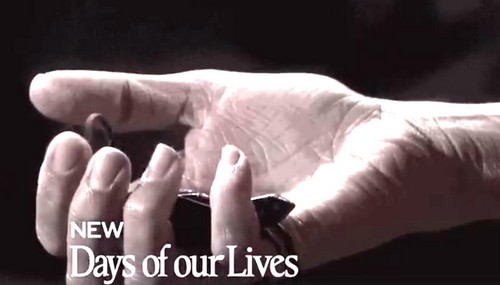 Days spoilers say Nicole will refuse to believe Brady’s accusations. She’ll insist that Eric’s heart is too pure for a crime like this. He killed Daniel (Shawn Christian) accidentally and the guilt has been eating him alive ever since. It’s tough to believe Eric would commit straight-up murder, even on drugs.

Naturally, Brady will explode when Nicole defends her former flame. He’ll think Nicole is love with Eric, but she’ll contend that they’re just friends. Nicole will promise Brady that they haven’t been cheating, but he’ll struggle to accept that. 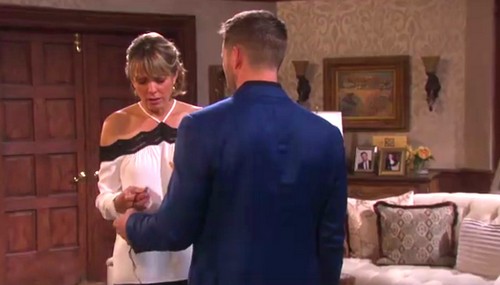 Brady will reiterate that Eric needs to pay the price for his mistakes, but Nicole will suddenly be hit with a memory. She’ll recall holding the amulet on the night of the Martin house party. Nicole obviously wasn’t a big fan of Deimos. Could she have done the deed?

Days of Our Lives spoilers hint that another suspect could emerge down the road. Nicole may not be guilty after all. We’ll give you updates as other Days news comes in. Stay tuned to DOOL and don’t forget to check CDL often for the latest Days of Our Lives spoilers, updates and news.  Sign up for our FREE newsletter by clicking here and get the latest breaking soap news!