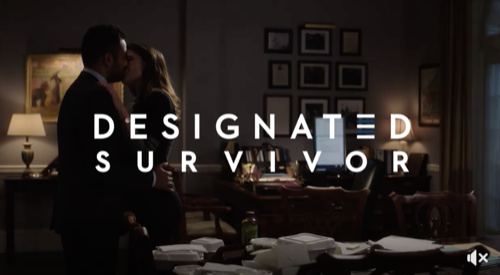 Tonight on ABC their new conspiracy thriller Designated Survivor airs with an all-new Wednesday, November 15, 2017, episode and we have your Designated Survivor recap below. On tonight’s Designated Survivor season 2 episode 7 called “Family Ties,” as per the ABC synopsis, “When a Turkish activist ignites protests in the U.S., Turkey’s president demands his extradition while the first family unknowingly finds themselves in the center of a battle that could threaten Leo’s future.”

Protests outside the Turkish Embassy have the team nervous about their alliances with the country. Seth, Emily, and the others talk with the president.

After being Charlotte’s assistant to safety, Hanna has some questions for her. Apparently, her boss was having an affair with an ex-president.

Leo shows his new crush the Oval Office. She is impressed and even more so when Tom comes in. Meanwhile, Kendra meets with Alex and her mother. They are prepping for their upcoming court date.

The president holds a joint press conference with Turan, who goes off the book. Seth steps in to stop the conference. Later, they get confirmation that Turan is going to move against them with NATO talks. The president wants to talk with Senator Moss. Aaron informs him that Moss is a suspect in Thorne’s murder.

The president is asked to come back to the residence. He learns that Leo and his girlfriend were walking from breakfast when he was pushed by a man at a protest. Leo pushes back. Now they have a video and a civil suit on their hands.

Seth is asked repeatedly if Leo is guilty. He dodges the questions perfectly. The president tells Kendra to write a check to the man and make it disappear.

Hanna and Damon meet with Moss. They just want his alibi, but he isn’t coming forward with one. He plans to get a lawyer.

Turan gives the president an ultimatum. He needs to get on the right side of the NATO talks and oust a famous protester from his country or he is going to have problems.

Seth is approached by a reporter. She doesn’t want to talk about Leo, but Alex’s mother. Seth meets with the president and the team to try and figure out what to do with all of this crisis’.

The president moves right on to meeting with the protester whom Turan wants out of the country. The president grants him asylum. He made the right decision when he finds out Turan is the one behind Leo’s mix-up and that Leo’s crush Cybil was part of the set-up.

Hanna and the team discover evidence that place’s Thorn’s assistant as a suspect. She snaps under questioning. She loved her but Thorn didn’t love her back.

Turan and the president meet. The president makes it very clear that he will ruin him after discovering he set-up Leo’s public altercation. He makes Turan promise that Turkey will remain part of NATO or he will reveal what he has done. Turan agrees angrily.

Moss visits with the president. He was in love with Thorn. He couldn’t supply a motive because he didn’t want to reveal that he checked into rehab the morning Thorn was found dead. He loved Thorn, but he felt like he was cheating on his dead wife. It led him to spiral.

The president goes to see Leo who is upset that he isn’t normal. The president doesn’t have much to say, just that he will find the right girl. He heads to bed. Alex is in their room upset. She is being set-up. She has been subpoenaed to speak with the FBI about her yearly vacations.