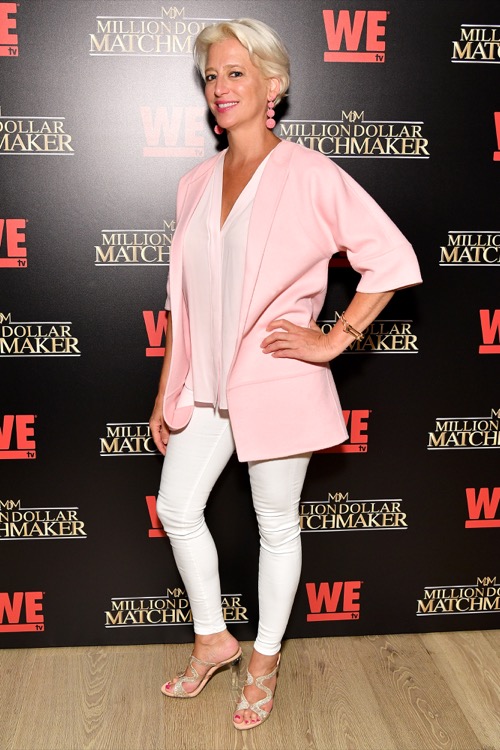 Talk about awkward. Dorinda Medley bumped into Tom D’Agostino. They say that New York City is smaller than it appears — but is it really? The drama happened at the launch of Photo Butler, a social media app launched by Boston-based tech giant Andy Goldfarb. He held the event at Rose Hill. Both Dorinda Medley and Tom D’Agostino were at the event. Tom arrived with four blonde women on his arm, including his rumored fiancée Anna Rothschild, reports Page Six.

Real Housewives of New York City costar Dorinda Medley was not happy to see Tom there. She practically spilled her drink when he came walking in. Dorinda spilled her pink champagne on philanthropist Jean Shafiroff, who was visibly upset. She squealed to the party that Dorinda “ruined my skirt.” Jean was there with banking heir Ivan Wilzig and supermodel Coco Mitchell. None of them were happy with Dorinda.

Jean should be used to it, though. She was set on fire and attacked by bees in the past. Even George Wayne remarked, “What can I tell you? It’s not a party until someone ruins your couture, Jeannie!” This comes after Dorinda says she was “as stunned” about Luann de Lesseps’ divorce. Dorinda Medley spoke to Us Weekly at Josh McBride’s 30th birthday party at Haus nightclub in New York City on Saturday, Sept. 9. She was asked about Luann de Lesseps’ divorce from Tom D’Agostino. Dorinda remarked that she was “as stunned as anyone” was about the couple’s divorce. She then admitted that Tom is probably not ready for marriage, but maybe ready for a relationship. Dorinda Medley says she feels bad for what happened and she will remain “supportive” no matter. 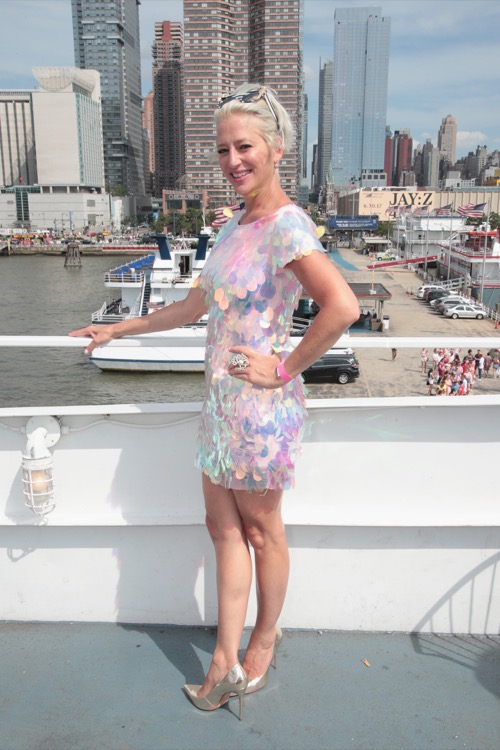 According to Dorinda Medley, Luann was ready for marriage. She reminded Us Weekly that her RHONY co-star was married for over twenty years and is a mother. Dorinda Medley noted Luann’s first husband with Alexandre de Lesseps, who she shares adult children Victoria and Noel. Luann is enjoying the single life these days. She’s focusing on herself and Dorinda couldn’t be happier.

Dorinda Medley commended Luanna for handling her divorce well. Tom is also moving on as well. An inside source told Us Weekly that the 50-year-old has been spending too much time with friends and family. He’s not tied down to just anyone woman and has “kind of living his life,” says the source. What are your thoughts, CDL readers? Do you think Dorinda Medley’s awkward run-in with Tom D’Agostino really happened? Sound off below in the comments section.

Photo by Dia Dipasupil/Getty Images for WE tv