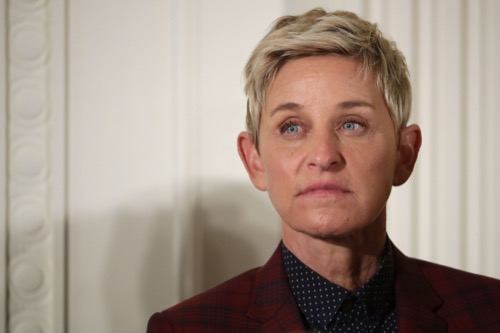 Ellen DeGeneres says that her biggest role in life is being Portia de Rossi’s wife. The television talk show made her comments in an Instagram post, celebrating the couple’s nine-year wedding anniversary. This comes after several months of reports indicating that Ellen and Portia are struggling to keep their marriage together.

Sharing a throwback photo of the couple on their wedding day, Ellen wrote, “@PortiadeRossi and I got married 9 years ago today. Being her wife is the greatest thing I am.”

For many of Ellen’s fans, they can’t help but wonder what’s really going on between her and Portia. Earlier this summer it was reported that Ellen was spotted with a mystery woman amid divorce reports. Back in April, media outlets also reported that the couple Ellen was urging Portia to attend counseling as a last effort to repair their loveless marriage.

Ellen and Portia are never seen in public together. In fact, the last time they made an appearance as a couple was at the pre-Oscars party in Los Angeles in February. 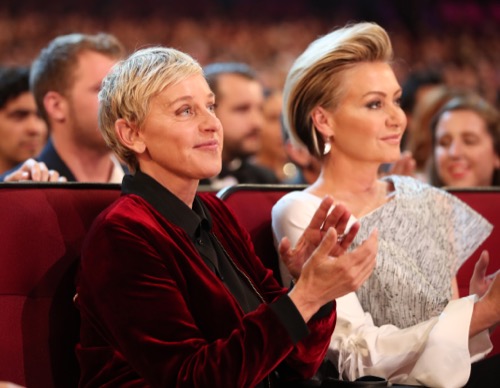 Some believe that Portia feels very frustrated in their relationship. That’s because Ellen always has the last say on every aspect of their lives, including Portia’s career, personal and day-to-day choices. And for Portia, she’s had enough. She’s simply fed up with Ellen’s controlling behavior. If that weren’t enough, they rarely on any date nights together. Yet for some reason or another, Ellen wants the world to think that everything is fine in their marriage. That’s why she’s doing what many celebs in her position do all the time, and that’s pretend that everything is perfect on social media, even though that might not be the case at all.

Of course, the only two people who really know what’s going on behind closed doors are Portia de Rossi and Ellen DeGeneres themselves. And even if they are having marital problems, many critics know that Ellen would never admit to it. After all, she has her daytime television show and her public image to worry about. If Portia were to pull the plug on their marriage, it would only indicate that Ellen might be hiding the truth. Many fans though know that it will come out sooner rather than later.

So far Ellen DeGeneres herself has never commented about the separation and divorce reports. In the meantime, don’t forget to check back with CDL for all the latest news and updates on Ellen DeGeneres and Portia de Rossi right here!