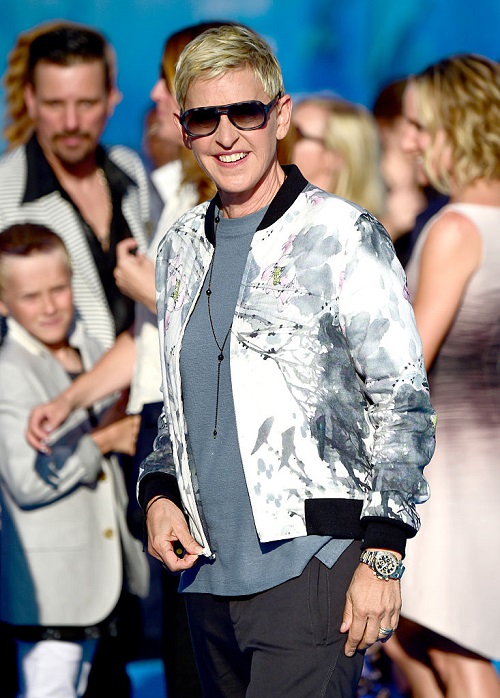 Ellen DeGeneres is looking happy these days. Some would say that she’s looking a little too happy. The comedian beamed widely as she stepped out without her wedding ring. Earlier this week, the talk show host was seen shopping and running errands in West Hollywood. Ellen DeGeneres kept it casual in a black sweatshirt, black jogging pants, and a pair of sneakers. She was seen flashing a smile and showing off her left hand – in which her wedding ring was missing.

The 59-year-old looked happy with she stepped out with a mystery brunette woman on June 1. The two were seen having a lunch date at the vegan restaurant Crossroads in West Hollywood. Her eight-year marriage to Portia De Rossi has been hit by divorce rumors in the past few months. The two were seen fighting inside their vehicle as they were parked outside a restaurant back in April.

The two just sold their $6 million condo in Wilshire Corridor in Los Angeles, reports Variety. They have reportedly been selling some of their shared homes amid the divorce rumors. In addition, Portia has packed up and moved to a home they secretly bought together in Beverly Hills a few months ago. It seems like more of a hideaway home rather than a shared home. 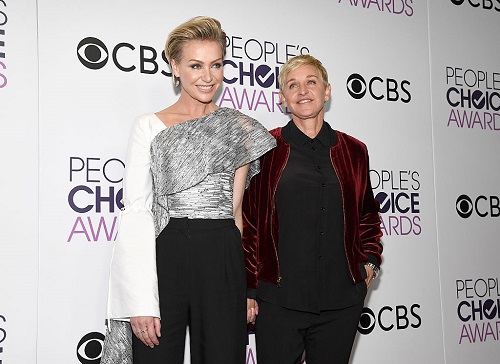 Portia De Rossi is tired of staying at home. She wants to have her own career. DeGeneres is the one who has all the money and all the attention. De Rossi’s stint on Scandal didn’t even last. Her character got brutally killed off.

What are your thoughts, CDL readers? Do you think Ellen DeGeneres and Portia De Rossi are headed for a divorce? Do you believe there’s any truth in the rumors? Would you be upset if they were to divorce? Sound off below in the comments section and check back with CDL for more Ellen DeGeneres news and updates.

I talked to some pretty incredible people this season. pic.twitter.com/zQ6B4P1a3S