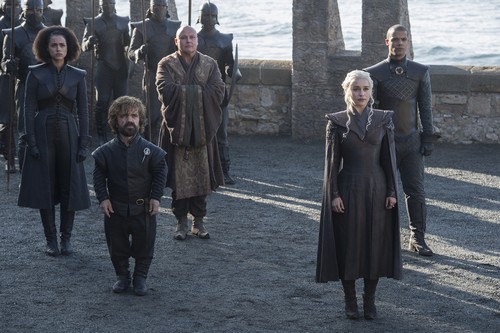 New Game of Thrones season 7 photos are offering a first glimpse at what to expect. The GoT photos show the characters’ new costumes along and of course, a different location. HBO released 15 new photos that include Tyrion (Peter Dinklage), Cersei (Lena Headey), Daenerys (Emilia Clarke), Jaime (Nikolaj Coster-Waldau), Jon Snow (Kit Harington), Arya (Maisie Williams), Sansa (Sophie Turner) and more. Based on the photos, Dany and her advisors have made landfall, but no one knows where. Although there are fan theories floating around that they might be at Dragonstone, the island where she was born.

Game of Thrones Season 6 ended with Cersei Lannister crowning herself queen after King Tommen’s suicide. A lot of fans can’t help but wonder how that will change her relationship with Jaime. Meanwhile, Tyrion Lannister has been appointed as Hand of the Queen by Daenerys right before everyone’s departure for Westeros. Of course, Queen Cersei knows nothing about it. 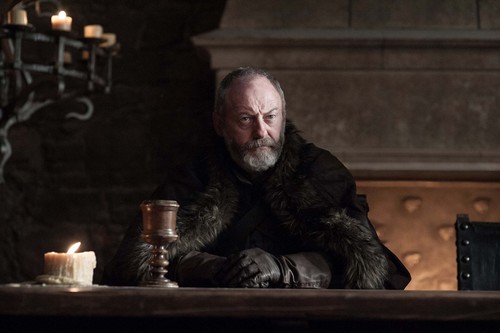 Yet, fans still don’t have a clear answer on the fate of the Seven Kingdoms. Viewers will just have to tune in this summer to see what happens next. Earlier spoilers indicate that Sansa Stark (played by Sophie Turner) will show a different side to her character next season. In the Season 6 finale, Jon emerged victorious from the Battle of the Bastards, thanks to his half-sister Sansa’s help. Because she did so much for Jon and the North, she is finally going to be recognized for her contributions. Plus, it’s going to be a huge adjustment for Jon to actually listen to Sansa and hear what she has to say.

Plus, many fans believe that Jon will soon learn the identity of his real parents in Game of Thrones Season 7 and hopefully reunite with his half-sister, Arya Stark. One thing fans want to know is if Lord Baelish will continue to have a strong influence over Sansa. There’s a good chance that viewers will also be seeing more of Lady Lyanna Mormont, based on the teaser photos. 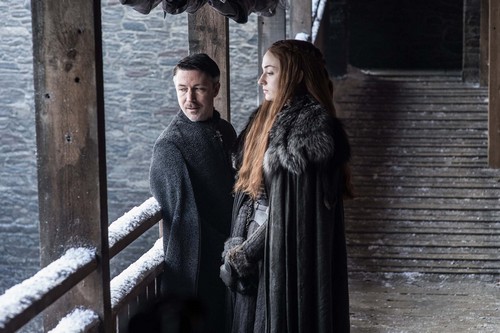 What’s more, Ed Sheeren will also be making a cameo this upcoming season of GoT. Producers David Benioff and Dan Weiss told a SXSW festival panel back in March that they’ve been trying to get the British singer to appear on the show for several years now.

‘Game of Thrones’ is set to return to HBO on July 16th. In the meantime, don’t forget to check back with CDL for all the latest news, updates and spoilers on ‘Game of Thrones’ Season 7 right here.