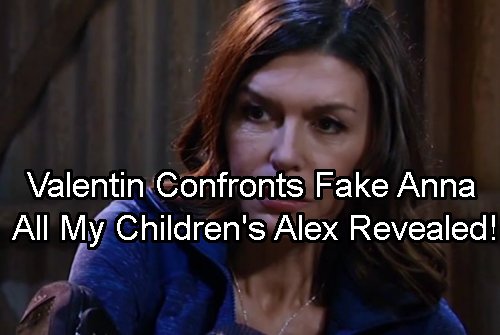 On a recent GH episode, Alex made a phone call from the park after talking to Valentin and told a mysterious someone she was very close to getting the information they need. This fake Anna has been telling Dr Andre Maddox (Anthony Montgomery) that she’s working hard to shake secrets out of Valentin for the WSB, but that’s not the truth – not even close!

General Hospital fans have been wondering who this woman is that looks like Anna but isn’t behaving like her and the evidence has been there all along. After Olivia “Liv” Jerome (Tonja Walker) attacked Anna, she was twice as weak from the cancer and from being slashed on her hand but this “Anna” is strong enough to body slam tall Nina Clay Cassadine (Michelle Stafford) face first into a table. 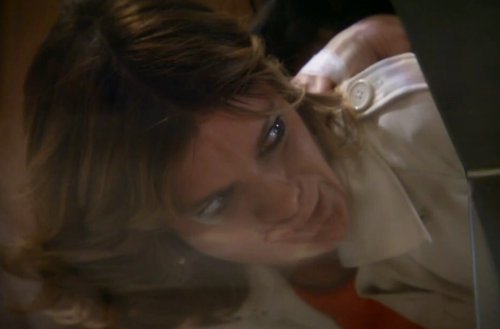 Also, “Anna” had no idea who Nathan West (Ryan Paevey) was when they ran into each other on the docks the other day. Anna passed it off as shock over his shirtlessness, but let’s get real. Nathan is hot, but not sexy enough to cause spontaneous amnesia… Plus, “Anna” has been very flirty all of sudden with Valentin and that is not something the real Anna would ever do – she hates him.

Finally, there’s the fact that real Anna doesn’t recall sleeping with with Valentin and this new “Anna” knows all the intimate details of that encounter. On this week’s General Hospital episodes, Alex is at Kelly’s when Jordan Ashford (Vinessa Antoine) corners her asking for advice. Alex has learned enough about Andre and Jordan to pretend to know them, but she can’t have a heart to heart with her former colleague.

This is the tipping point and Alex will be exposed soon as an Anna impostor. General Hospital spoilers leak that on next week’s new GH episodes (May 15-19), the real Anna is found by Nathan who helps her out. Alex has Anna tucked away somewhere so she’s out of her way, but has Alex gone so dark that she’s holding her twin prisoner? Alex is working for forces outside of Port Charles that are up to no good and Anna may well be in danger. 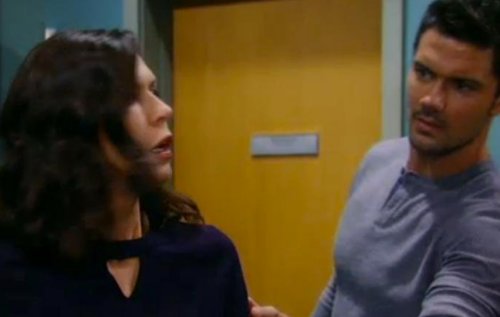 General Hospital spoilers reveal that Robin Scorpio Drake (Kimberly McCullough) is back in Port Charles next week and she and Emma Drake (Brooklyn Rae Silzer) will realize that’s not Anna. No way can Alex fool those two. Once the reveal is made, Valentin will explode and confront Alex. Not only was Valentin made a fool of by both women back in the day, but now they’ve done it to him again.

Valentin just got dumped by Nina and once again, Anna has ruined his life. No doubt we’ll soon see the scary Valentin that’s always been talked about as he punished Anna for wrecking him again. Share your comments below on the reveal of Alex Devane coming next week and tune into CDL often for the latest General Hospital spoilers and news.