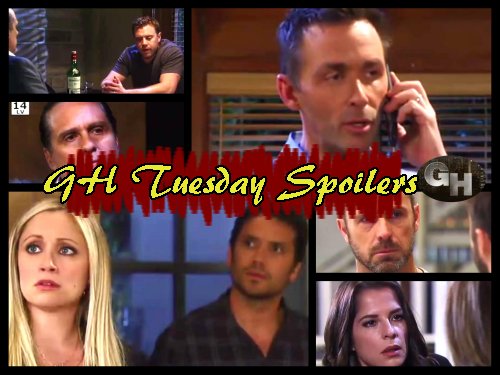 General Hospital (GH) spoilers for Tuesday, June 6 reveal that Anna Devane (Finola Hughes) is hot on the trail of Valentin Cassadine (James Patrick Stuart) as he tries to flee with his daughter Charlotte Cassadine (Scarlett Fernandez). Before Anna gives chase, she stops by to give Charlotte’s mama an update on the hunt for the Greek.

Anna tells Lulu Spencer (Emme Rylan), Dante Falconeri (Dominic Zamprogna) and Laura Spencer (Genie Francis) that she thinks she knows where Valentin is hiding out. Nina Clay Cassadine (Michelle Stafford) gave up the dirt on her husband after Anna and Nathan West (Ryan Paevey) leaned on her. Nina said father and daughter might be in Niagara Falls at the border, and she’s right.

Up in New York near the border, Valentin has new passports for himself and Charlotte and calls for a car to come pick them ASAP so they can creep into Canada. General Hospital spoilers hint Anna will catch up to Valentin and tries to reason with him. Anna knows she’s partly to blame for his misfortune and tries to talk him down. Looks like Anna will get him to come back to Port Charles with her. 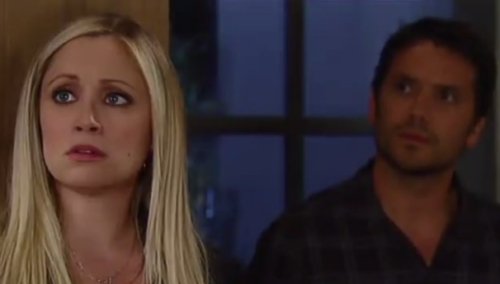 Jason Morgan (Billy Miller) and Sonny Corinthos (Maurice Benard) sit down to share a bottle of Scotch and discuss their woes. Jason catches Sonny up on the drama with Jake Webber (Hudson West) and asks Sonny about what went down with Ava Jerome (Maura West). Jason wants to know what Sonny would have done if Ava hadn’t started the fire and burned herself.

Alexis Davis (Nancy Lee Grahn) runs into Sam Morgan (Kelly Monaco) who doesn’t look very happy. Alexis wants to know if her daughter is okay. Sam takes some time for herself today but GH spoilers tease that she won’t be happy to learn her dad Julian Jerome (William deVry) is out on bail. At least Alexis has good news to share that she got her law license back, but Sam wants Julian far away from them both.

Over at General Hospital, Lucas Jones (Ryan Carnes) is finally back and shares scenes with his pops Julian. Lucas asks why Julian is seeking his approval now when he never cared before. Griffin Munro (Matt Cohen) mentioned experimental skin grafts and Julian is worried sick about his injured sister’s fate. Julian makes a fateful decision on Tuesday. 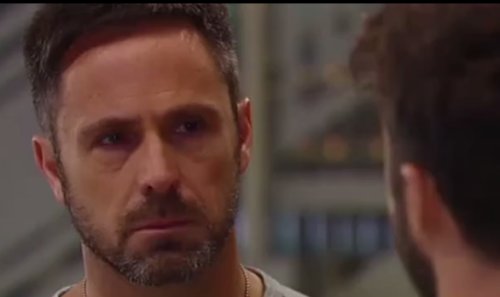 Also at General Hopital, Hamilton Finn (Michael Easton) has a setback that might be the fault of secret saboteur Liesl Obrecht (Kathleen Gati). Two Port Charles residents get surprise visitors on Tuesday. Spoiler indicate Laura gets a drop by from Spencer Cassadine (Nicolas Bechtel) and the other is someone that comes to see Curtis Ashford (Donnell Turner).

GH casting news indicates Vernee Watson has been cast as Curtis’ mom and she won’t be happy to find out her baby boy is dating serial cheater Jordan Ashford (Vinessa Antoine). Curtis’ mom is also the mother of Jordan’s dead husband and remember Jordan cheated with Shawn Butler (Sean Blakemore) and has lied about TJ Ashford’s (Tequan Richmond) paternity his whole life. Lots to see on GH on Tuesday, June 6. Share your comments below and tune into CDL often for the latest General Hospital spoilers, news and updates.