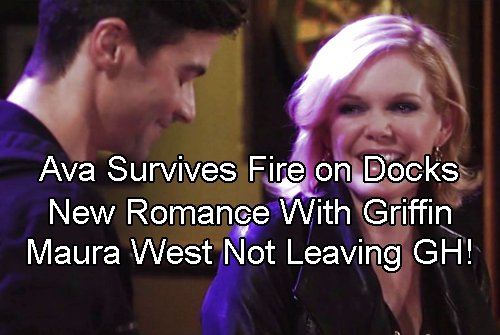 General Hospital (GH) spoilers reveal that Ava Jerome (Maura West) is about to have a fiery confrontation with Carly Corinthos (Laura Wright) and Sonny Corinthos (Maurice Benard) that will change her life forever. At the Nurse’s Ball, Sonny showed up and shocked Ava when he blocks her from leaving the ball. Ava was in a panic and realized that her scheme might have been found out.

Andre Maddox (Anthony Montgomery) and Sonny wanted to keep Carly out of the loop until they were sure what happened. But when Sonny saw a remnant of a placebo in the bottle and Andre had it tested, Sonny figured out what happened. Everything will come flooding back including Ava acting cagey. If Lucy Coe (Lynn Herring) and Nelle Benson (Chloe Lanier) add their info, it’s a lock.

But it seems like with the proof they have in hand, Sonny and Andre realize the pills were swapped. Sonny and Carly corner Ava but she does escape from the ball and it looks like Ava might be making a run for it and that’s when CarSon corners her on the docks. A recent ABC GH promo video shows Ava screaming at Sonny and Carly while she’s cornered in a warehouse and she throws down a lamp. 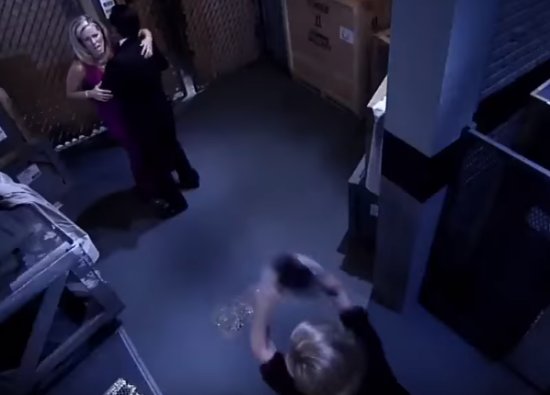 It’s pretty strange in this day and age of halogens and LED lamps that there’s a light on the docks made of actual flame but, apparently, there is. Ava throws it down between her and CarSon to keep them away from her since they seem intent on avenging their son’s death. In truth, Ava is tormented about her role in Morgan Corinthos’ (Bryan Craig) death, but Sonny and Carly won’t stop and listen.

After Ava throws down the lamp, it ignites something flammable on the floor of the warehouse and Carly and Sonny watch in horror as the flames trap Ava. There has been some speculation that Maura West might be leaving GH, but she’s not. This fiery catastrophe kicks off a big storyline for Maura that is life-changing for bad girl Ava and it involves handsome Dr Griffin Munro (Matt Cohen).

We already saw that Ava and Griffin shared a sparkly moment at the Floating Rib even though her brother Julian Jerome (William deVry) killed his father Duke Lavery (Ian Buchanan). Griffin is a big advocate of forgiveness and healing, so he’s the perfect person to nurse Ava back to health. GH spoilers tease Ava is seriously injured by the fire she accidentally starts and faces a rough road ahead. 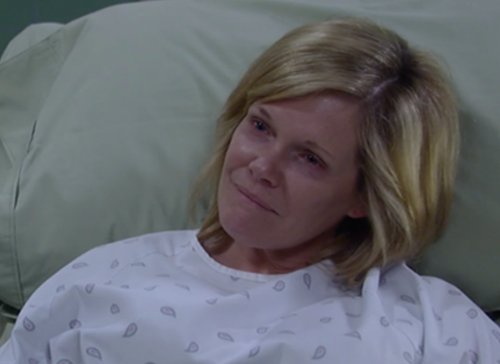 There may not be any criminal charges that can stick unless Ava confesses in front of a cop, but she’ll pay in other ways. Burns are traumatic and Ava’s life will be on the line. But as Griffin helps Ava heal her physical injuries, he’ll also heal some of the wounds inside her that make her act so awful. Doctor and patient fall for one another although these two are nothing alike.

Griffin is a saint compared to Ava who is certainly a sinner. Yet they find common ground and then love as this romance grows slowly over the summer while Ava’s injuries heal. This relationship will shock Port Charles and will also surprise Ava and Griffin themselves. Share your comments below on this hot new romance spoiler and tune into CDL often for the latest General Hospital spoilers and news.

THIS WEEK ON #GH… We’ve got @MarioLopezExtra on the red carpet & music from @DavidBowieReal @GeorgeMichael & @billyjoel on the main stage! pic.twitter.com/7Ucf0goxZx