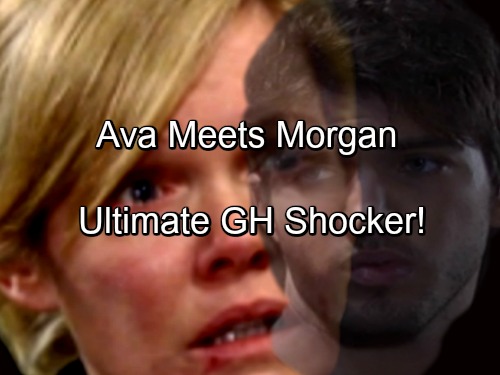 General Hospital (GH) spoilers reveal Ava Jerome (Maura West) will be pushed by her lawyer, Scott Baldwin (Kin Shriner) to check herself into a psychiatric facility to help avoid prosecution for all her misdeeds. But little does any one know the familiar face she is going to run into is going to change everything – GH buzz is that she runs into Morgan Corinthos, who is suffering from amnesia.

GH’s Scott Baldwin, has got to be one of the worst bottom-feeding lawyers there is in Port Charles – or anywhere! Although he hasn’t admitted flat out that he was the one who switched the placebos back with Lithium, he is clearly an accessory after the fact to Morgan’s downward spiral mentally, directly leading to his presumed death.

Anyone who watches General Hospital knows Scott is only out to protect himself. He advises Ava to admit herself to a psychiatric facility, hoping once she is out of town, the problems go with her.

Little does anyone in Port Charles know or suspect that Morgan Corinthos is alive. He has been staying at the psychiatric facility, completely unaware of what has happened and how he got there. 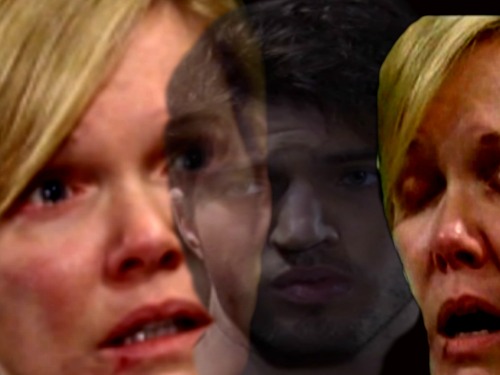 After the car bomb threw him into the cold waters in the depths below, as his father, Sonny Corinthos (Maurice Benard) said, Morgan was a great swimmer. He was injured but able to swim to safety. The explosion injured him physically but not fatally, but he has no recollection of who he is, nor what happened.

General Hospital has done everything they can to heal Ava’s burns, and she will quickly leave General Hospital before the Corinthos organization can come after her. As Ava lays in bed, still tender from recovery, will she hear a voice she would recognize anywhere?

General Hospital spoilers tease that Morgan is alive and well – but completely unaware of who he is. Ava and Morgan will strike up a conversation and when Ava realizes he doesn’t remember her nor their sordid past she has the opportunity to twist things to her advantage. Has Ava learned from her misdeeds, or will she continue to do anything to survive?

Will she reveal to his family he is still alive, or will she manipulate him to clear her name? Be sure to tune into ABC’s General Hospital (GH) to catch up on everything happening in and around Port Charles right now. Check CDL General Hospital spoilers often for updates and news!