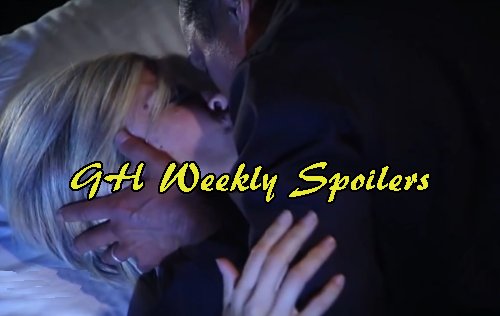 General Hospital (GH) spoilers for the week of Monday, June 19 thru Friday, June 23 reveal that Ava Jerome (Maura West) gets a look at the extent of the burns on half her body and is shocked. The same day, Griffin Munro (Matt Cohen) goes to see Sonny Corinthos (Maurice Benard) preaches forgiveness. Jason Morgan (Billy Miller) discovers Sonny is in danger this week.

Sonny and Carly Corinthos (Laura Wright) head to Sonny’s private island to take care of business – likely to do with their impending divorce and danger follows. General Hospital spoilers reveal Jason goes to warn Sonny but Sam Morgan (Kelly Monaco) is furious that he’s leaving town and putting himself in the firing line for Sonny again. Jason is shocked by Sam’s aggressive reaction.

Also, next on week’s new GH episodes, Ned Ashton (Wally Kurth) and Olivia Falconeri (Lisa LoCicero) pick a wedding date and venue and move forward with their lives. They will soon be Mr. and Mrs. Quartermaine since Ned is changing his name. On Tuesday, Jennifer Bassey debuts in her mystery role and General Hospital fans are wondering if she’ll play her All My Children. 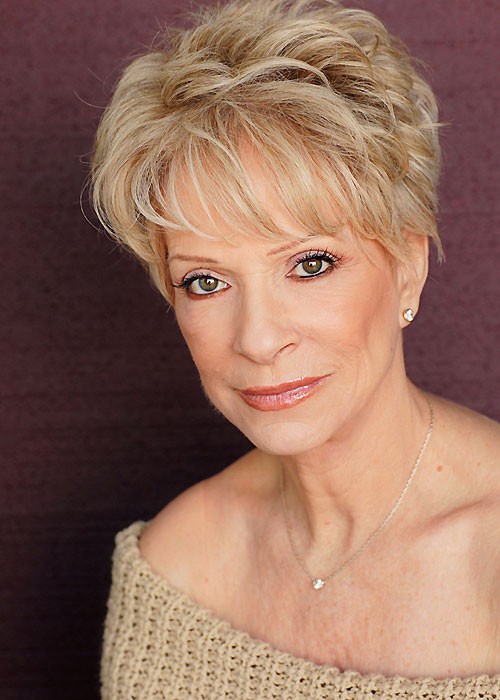 Nathan West (Ryan Paevey) supports Amy Driscoll (Risa Dorken) in the book deal. He’ll play author while she pretends to be his agent. Nathan is annoyed and pushes back when things go too far. When Sonny and Carly are gone, Josslyn Jacks (Eden McCoy) throws a party and her troublesome friend Trina steals Carly’s booze. General Hospital spoilers say Joss panics when things go too far.

CarSon gets closer on the island, unaware of danger coming and Carly’s house getting trashed. Bobbie Spencer (Jacklyn Zeman) confronts her granddaughter who lies to her. Joss is in over her head with her antics. Sonny lets his guard down just as danger lurks. Sam gets good news with an enticing job offer that would keep Jason safe. Jason balks and Sam lashes out, surprising herself.

Jason arrives to the island just in time to save his pals. Also, this week, GH spoilers reveal that TJ Ashford’s (Tequan Richmond) daddy secret is discovered by Aunt Stella (Vernee Watson) and she’s enraged that she’s been lied to about Tommy not being TJ’s dad. Julian Jerome (William deVry) gets an offer. Is Alexis Davis (Nancy Lee Grahn) riding to his rescue? Sam hates her parents bonding again. 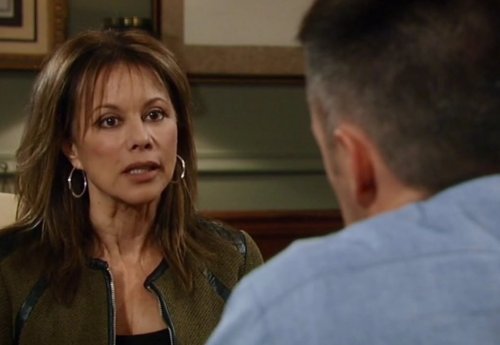 Nelle Hayes Benson (Chloe Lanier) has an hour of need and her former employer Nina Clay (Michelle Stafford) steps up to help her out. Nina still feels guilty about Nelle’s attack. Nelle has reason to hope for a brighter future when she and Michael Quartermaine (Chad Duell) get closer. Michael talks about a new beginning with Nelle and sparks fly but CarSon won’t like it.

This week, General Hospital buzz is that Michael and Nelle spend time together. Lulu Spencer (Emme Rylan) has a surprise for Dante Falconeri (Lisa LoCicero) later this week. Also, a game turns into painful recollection for one couple. Laura Spencer (Genie Francis) make things clear and Nina needs comforting. Share your comments below on the events of Monday, June 19 thru Friday, June 23 and tune into CDL for the latest General Hospital spoilers.