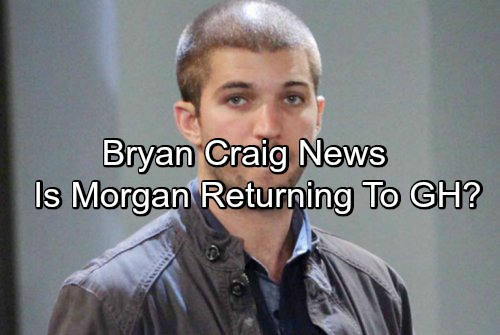 General Hospital (GH) spoilers say the ex-Morgan Corinthos actor Bryan Craig is working hard to kick his movie career into high gear since leaving the ABC soap and he’s got a new lead on a hot new movie. Does this mean that GH fan hopes that Bryan Craig would return as Morgan are crushed or is Hollywood too much for Bryan to handle?

Last week, Bryan shared on his Instagram a pic of his pass onto the Paramount Pictures lot that showed he had a meeting with Mark Wahlberg. The only movie planned that has Wahlberg and Paramount in common is a new “Untitled Basketball Project.” Getting that role could be make or break for Bryan’s movie career.

The premise of the movie is that “An aging basketball star takes a young street player in under his wing.” So far, no cast have been assigned on IMDB since the film is in pre-production. Only writer Ian Edelman is listed among the credits. Edelman wrote “Puerto Ricans in Paris” and “How to Make It in America.” 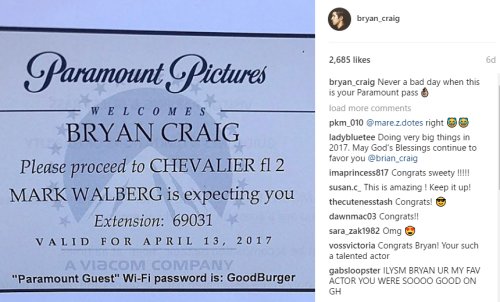 If Bryan Craig can land the Paramount movie that would be good for him considering he’s only had one movie role since leaving General Hospital last year. The former Morgan actor starred as “Jack” in the movie Ride about BMX bike riders. Bryan Craig landed that role while still in GH and it seemed to inspire him to break his contract.

Bryan co-starred with Ludacris and Sasha Alexander in the true story of BMX rider John Buultjens. Bryan was thrilled to crow about this new part, but then nothing else seemed to be in the pipeline for the young actor. Not only that, it seemed like he and fiancée Kelly Thiebaud broke up.

Fresh off his Daytime Emmy win for Outstanding Younger Actor in a Drama, things looked golden for Bryan Craig especially when Bryan Craig shared a video on Instagram of him sparring in the ring with his former TV dad Sonny Corinthos (Maurice Benard) and said, “Training for a new project” but then nothing new popped up on Bryan’s IMDB page. 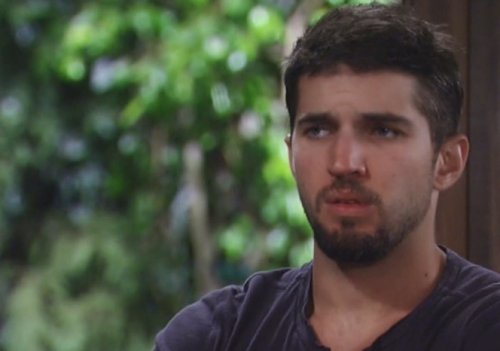 Also of interest is that Bryan Craig has been sanitizing his Twitter timeline lately by routinely deleting his tweets so there are no more than two or three shown usually within the past week. It seems that he’s learned his lesson after getting into a flame war with a soap fan back in 2015.

A couple of months back, Bryan Craig vented after apparent unsuccessful auditions. In mid-February, Bryan Craig tweeted, “some people are just so super famous and important ……or at least they think they are.” Then later, he tweeted, “Well today’s been sh*tty”.

And his next tweet was, “There are ugly people in this world. Be careful who you work for.” It sounds like Bryan Craig is struggling but if he lands this new Paramount Pictures part with Mark Wahlberg, it’s a safe bet he won’t be back to daytime TV. Will this be the big break in movies that the former Morgan actor has been hoping for or another fail?

Do you want Bryan Craig to find success on the big screen or do you want him back on GH as Morgan? Share your comments below and tune into CDL often for the latest General Hospital spoilers, news, and updates.