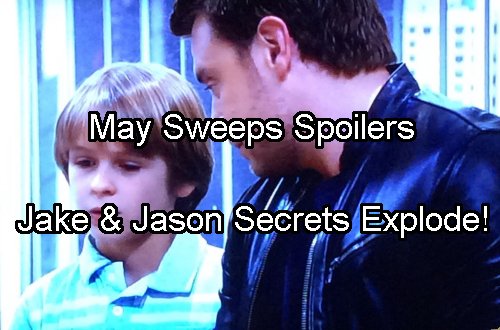 General Hospital (GH) spoilers for May sweeps reveal lots of action around Cassadine Island, the Nurse’s Ball, Tracy’s last plot, and the twisted past shared by Anna and Valentin. There’s also events centered on Charlotte and Lulu plus Finn and Hayden. Here’s a look at what’s coming for sweeps.

Jane Elliot’s last day on General Hospital is May 4 but, before then, Tracy makes a life changing decision that leads her into new places and to find a familiar face. That face is her beloved ex-husband Luke Spencer (Anthony Geary). Geary is back for Jane Elliot’s last days. 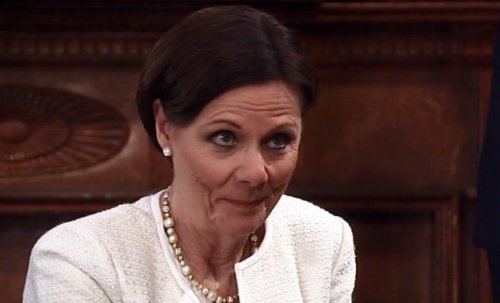 Other Q action for sweeps involves Ned Ashton (Wally Kurth) who makes a decision about his life that will impact Olivia Falconeri (Lisa LoCicero). Will Ned ditch the Ashton name for good since he’s ousted Larry Ashton (Olive Muirhead) from his life? Ned, Olivia and little Leo may all be Quartermaines soon.

General Hospital spoilers tell us that Jordan Ashford (Vinessa Antoine) makes a decision about her life that has implications for both Curtis Ashford (Donnell Turner) and Andre Maddox (Anthony Montgomery). Sonny Corinthos (Maurice Benard) makes some changes in his life and meets a new love on May 2.

Hayden Barnes (Rebecca Budig) gets shocking news that impacts her future in Port Charles. Is there hope for a Nikolas Cassadine recast that brings her hubby back to town with a new face? Hamilton Finn (Michael Easton) completes rehab and tries to restart his life. 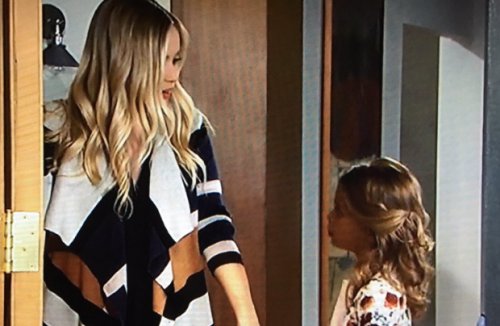 Lulu Spencer (Emme Rylan) has more baby mama drama that could take Charlotte Cassadine (Scarlett Fernandez) out of her life. General Hospital spoilers for May sweeps reveal that Dante Falconeri (Dominic Zamprogna) stands by Lulu as she faces losing her daughter once again.

Julian Jerome (William deVry) is behind bars and looking at a serious sentence as an accomplice in his sister Olivia “Liv” Jerome’s (Tonja Walker) crimes. Alexis Davis (Nancy Lee Grahn) has to decide if she can forgive, if not forget, and considers whether she will stand by her man.

Nathan West (Ryan Paevey) has a big police case he works and that leads to a discovery that’s very personal for Nathan. With the General Hospital writers tying up loose ends, maybe we’ll finally find out who Nathan’s daddy is since Dr Liesl Obrecht (Kathleen Gati) isn’t talking. 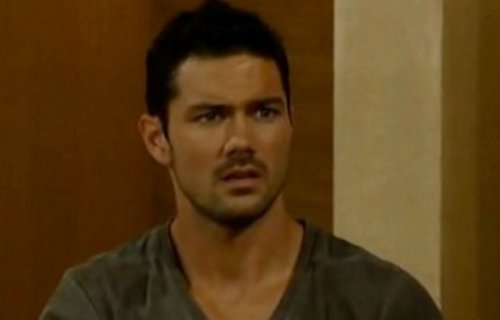 Something happens with Nelle Hayes (Chloe Lanier) that makes Michael Quartermaine (Chad Duell) reconsider whether or not he can let her back into his life. General Hospital fans anticipate that Ava Jerome’s (Maura West) big secret of swapping Morgan Corinthos’ (Bryan Craig) meds will finally come out during sweeps – and according to GH buzz they are right!

Kiki Jerome (Hayley Erin) chases her career dreams but following her star may pull her away from Dillon Quartermaine (Robert Palmer Watkins) and new love. Griffin Munro (Matt Cohen) worries about Anna Devane (Finola Hughes) when her behavior is erratic and not like herself.

There’s another big reveal on Anna and Valentin Cassadine’s (James Patrick Stuart) tangled past that will come out during May sweeps. It turns out they have more secrets than we’ve seen. Plus, this spells more trouble for his marriage to Nina Clay Cassadine (Michelle Stafford). 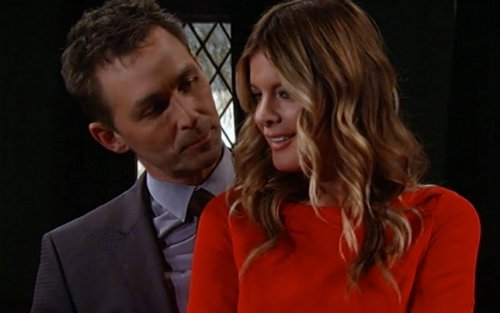 Franco (Roger Howarth) and Liz Webber (Rebecca Herbst) work closely with Jason Morgan (Billy Miller) and Sam Morgan (Kelly Monaco) to sort out events tied to Jason and Jake Webber (Hudson West). Events from their past will affect many people in Port Charles.

Also in May sweeps, GH will have two live episodes in mid-May and the Nurse’s Ball takes place May 22 through 24 and promises music, surprises, and, as usual, just a bit of danger. Share your comments below on the action coming for May sweeps and tune into CDL often for the latest General Hospital spoilers, news and updates.