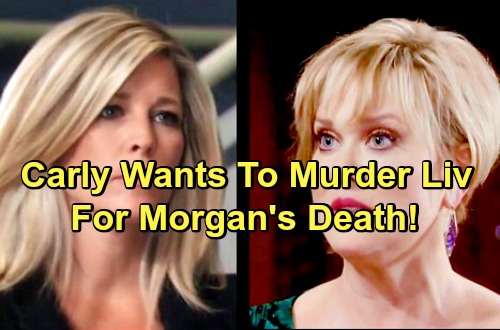 General Hospital spoilers reveal Carly Corinthos (Laura Wright) goes after her son’s killer on the week of March 13 new GH episodes and it seems like nothing can stop her from taking vengeance – unless it’s Jason Morgan (Billy Miller). Surprisingly, it’s Ava Jerome (Maura West) that sends Carly after the culprit.

Ava just found out she’s not the scariest Jerome – it’s her big sister Olivia “Liv” Jerome (Tonja Walker) that is the worst sibling. Ava is happy to be out of PCPD custody and happy to be free of her horrible big sister. Ava needs a life-affirming moment and goes to see her daughter Avery.

That means dealing with Carly who still suspects Ava is to blame for the car bomb death of Morgan Corinthos (Bryan Craig). Ava quickly corrects Carly’s presumption of her guilt and tells her she’s been vindicated by the PCPD then tells Carly the name of the real killer that took Morgan’s life. 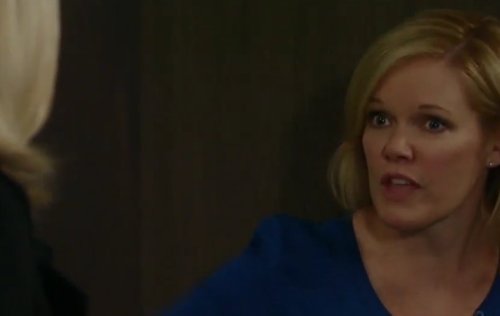 GH fans know Liv killed Morgan with the car bomb intended for Julian Jerome (William deVry) and finally, Carly knows it too. Ava’s information aligns with what Jason told Carly a couple of weeks ago – that he wasn’t sure Ava did it. Ava then shows Carly a photo of Liv. That’s very important.

General Hospital spoilers tell us that after Carly and Ava talk, Carly is more enraged than ever at Morgan’s death. Carly decided to go visit Morgan’s grave to walk off some of her anger and frustration. Carly finds Liv there at Morgan’s grave and snaps. It’s too much for Carly that Liv has the nerve to come to her son’s resting place.

This all ties back to Liv’s insanity over the murder of Duke Lavery (Ian Buchanan). Liv is fresh off trying to force Julian to murder Alexis Davis (Nancy Lee Grahn) so that Julian will know the pain she felt when Duke died. That plans failed and some General Hospital spoilers hint Julian will die instead. 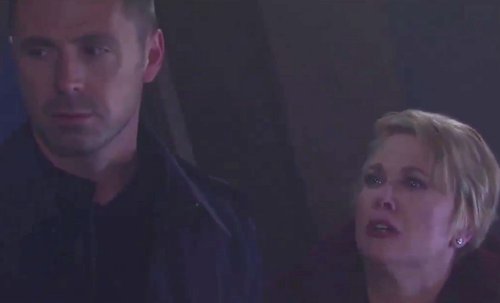 Although Duke didn’t love Liv, in her twisted mind, he’s her “true love” and her brother killed her. Ava truly seemed to love Morgan and her big sister killed him. The Jeromes are a hot mess of maniacs that can’t stop killing each other’s loved ones. If Julian dies, the cycle will be broken.

But will Liv survive her encounter with Carly? As a Mama Bear, Carly is ready to kill Liv. It’s interesting because Carly has always hated the violent urges Sonny Corinthos (Maurice Benard) struggles with but now Carly is experiencing them herself. She wants to kill Liv with her bare hands. 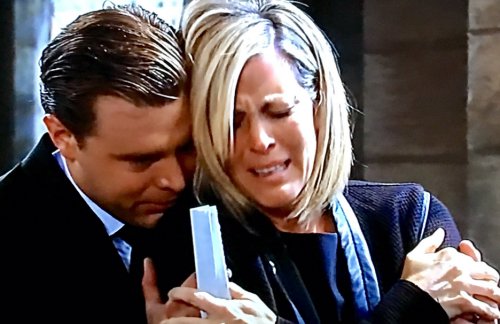 General Hosptial spoilers reveal Liv will survive Carly’s rage because a couple of days after Carly and Liv’s showdown, Liv is taunting Griffin Munro (Matt Cohen) and now it’s Sonny who confronts Liv about killing his son. It seems Liv will survive and winds up behind bars rather than pushing up daisies.

Share your comments below on Carly’s revenge quest against Liv and tune into CDL often for the latest General Hospital spoilers, news and updates.