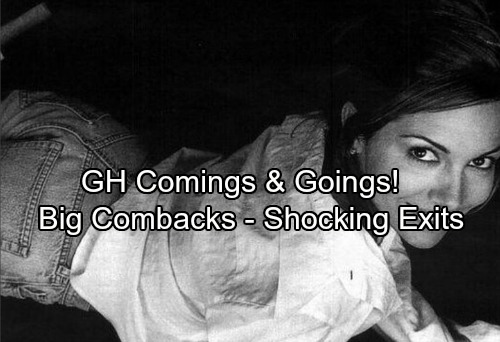 General Hospital (GH) spoilers for the week of October 16-20 tease that some familiar faces will return to town. The latest comings and goings news reveals that Wally Kurth (Ned) and Lisa LoCicero (Olivia) will finally pop up again. They’ve been off screen enjoying their honeymoon, but it’s time for the newlyweds to get back in the action.

In a blink-and-you’ll-miss-it exit, Parker (Ashley Jones) and Kristina (Lexi Ainsworth) moved to Oregon last week. General Hospital spoilers say Alexis (Nancy Lee Grahn) will be a mess as she tries to deal with her daughter’s choice. She might rely on Dr. Bensch (James DePaiva) for more comfort, but Julian is headed back to Port Charles for November sweeps. He can provide a sexy distraction!

It looks like we won’t be seeing Jax (Ingo Rademacher) in the near future. If the show wants Jax for any upcoming storylines, they’ll have to recast. Rademacher signed on for a contract role at The Bold and the Beautiful, so he won’t be available for GH stints. On the bright side, you can check him out as B&B’s new Thorne starting November 27. 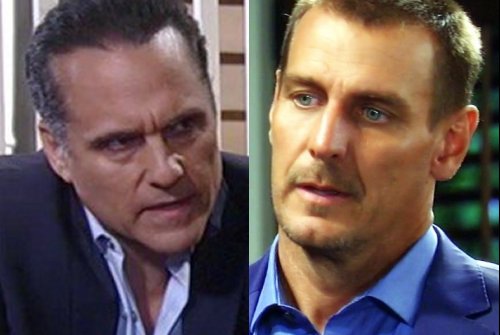 Other General Hospital spoilers state that Vanessa Marcil (ex-Brenda) will make a major announcement soon. The Internet’s buzzing about the possibility of a Brenda comeback, so we’ll give you updates as we learn more. Tamara Braun’s (ex-Carly) potential role is still up in the air as well, but we’re hearing good things about her chances of a return to Port Charles.

If you thought you’d seen the last of Dr. Klein (Gene Farber), you thought wrong! The ruthless doc will show up again during the week of October 23-27. General Hospital spoilers say Dr. Klein will have quite a mess on his hands. He’ll do his best to contain the situation, but the Patient Six (Steve Burton) escape fallout will continue.

It’s worth mentioning that Patient Six will finally arrive in Port Charles on this week’s new episodes, October 16 through October 20. Many GH fans can’t wait to see classic Jason back in familiar territory. We’ll keep you posted on any casting news and other hot scoops. Stay tuned to the ABC soap and don’t forget to check CDL often for the latest General Hospital spoilers, updates and news.