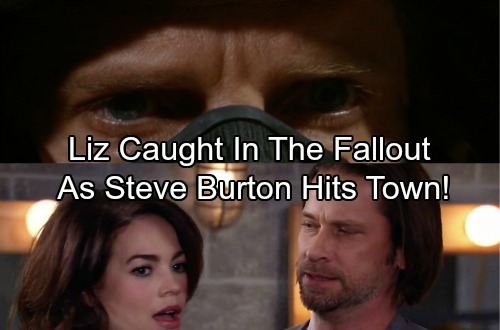 General Hospital (GH) spoilers tease that Franco (Roger Howarth) and Liz (Rebecca Herbst) will hit some serious obstacles. Their romance is currently on solid ground, but secrets could start to come between them. Franco will have to fill Liz in on the Jason (Billy Miller) photo drama eventually and that’s not the only revelation ahead.

It looks like Liz will stand by Franco initially. She’ll reaffirm her commitment to him, but how long will that promise last? General Hospital spoilers say Franco will be faced with a difficult dilemma on September 25. Someone will ask him to keep another secret, so this will certainly put him in a tight spot. 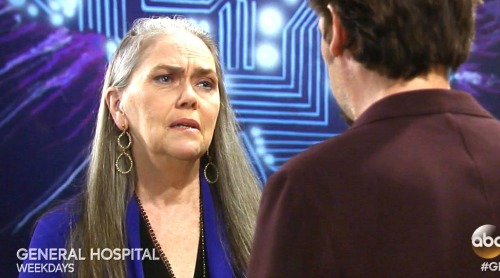 Unless that someone is Liz, Franco will have to deceive his love once again. GH could slowly tear down the trust they’ve built up. This isn’t good news for “Friz” fans, but it’s not time to panic just yet. Liz and Franco are always willing to put real work into their relationship. Their devotion to each other is evident whenever they’re on screen together.

Franco will turn to Scott (Kin Shriner) for support down the road, so maybe he’ll get some helpful advice regarding Liz. It’s clear that Franco needs to come clean and let Liz be there for him. She’ll obviously play a role in the twin Jason saga, so she should really get up to speed on all this ASAP.

Of course, Liz could have a few secrets of her own soon. General Hospital spoilers indicate that she’ll have a trouble offering an explanation on September 29. Liz may have to get something off her chest, which means some potential conflict is brewing. 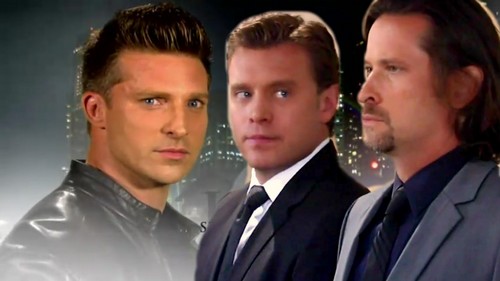 Fortunately, Franco will decide he’s ready to start fresh and move on. Perhaps he’ll want to put the picture chaos and his constant questions to rest. Franco may feel like it isn’t worth it if it drives him crazy and strains his relationship.

However, things will change once Steve Burton’s (ex-Jason) character arrives in Port Charles. General Hospital spoilers hint that some chilling moments are in the works. Franco may be forced to revisit his search for answers. He could ultimately expose the story of a Jason brother swap. That means Franco could also be responsible for some major consequences.

Will that lead to more issues for Liz and Franco? Can “Friz” survive the fallout of Burton’s return? Will GH pull them apart or push them closer? We’ll give you updates as other details emerge. Stick with the ABC soap and don’t forget to check CDL often for the latest General Hospital spoilers, updates and news.